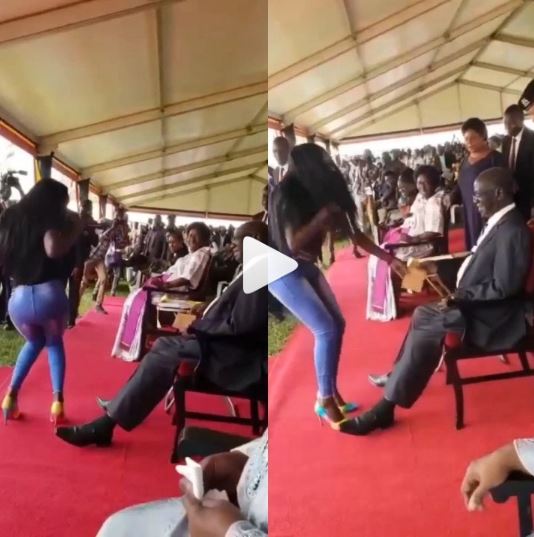 The lady performing in from of the Vice President
A lady almost got Mr. Edward Kiwanuka Ssekandi hypnotized while performing in front of him at a public gathering.
The female performer sang a local song in front of the Vice President who was comfortably seated on a chair. She was able to move her slim waist effortlessly and also shake her bum with ease.
The VP got his eyes glued to her body and he maintained so much focus like his life depended on it. At the end of the performance, he was forced to dish out a brown envelope to the lady. The video has gone viral in the country with many reacting to the incident.
Edward Kiwanuka Ssekandi (born 19 January 1942) is a Ugandan politician and lawyer who has been Vice President of Uganda since 24th of May 2011.
Watch the video clip below: