The family of a woman who went for liposuction and died in the process have been left in a state of pain. 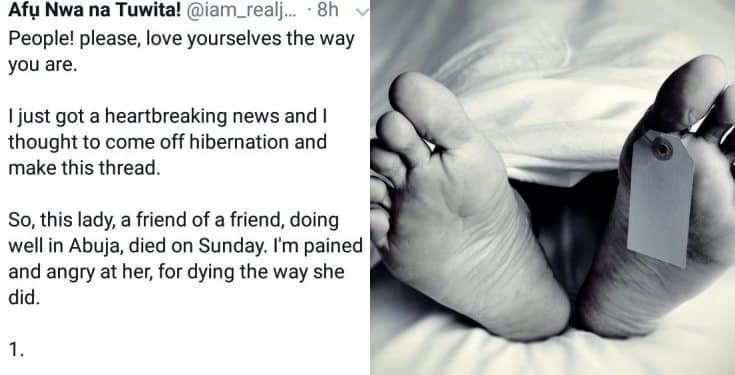 File photo
A Twitter user has given words of warning to Nigerians to love and appreciate themselves as they are.
The warnng came after she allegedly lost a friend on Sunday while she was undergoing cosmetic surgery in an Abuja hospital.
According to the Twitter user with the username, Afu nwa na Tuwita, the deceased was a “boisterous” woman and was doing well for herself.
Last Sunday, she went for liposuction in an Abuja hospital to reduce body fat but she began bleeding during the procedure and reportedly died.
Read the thread below. 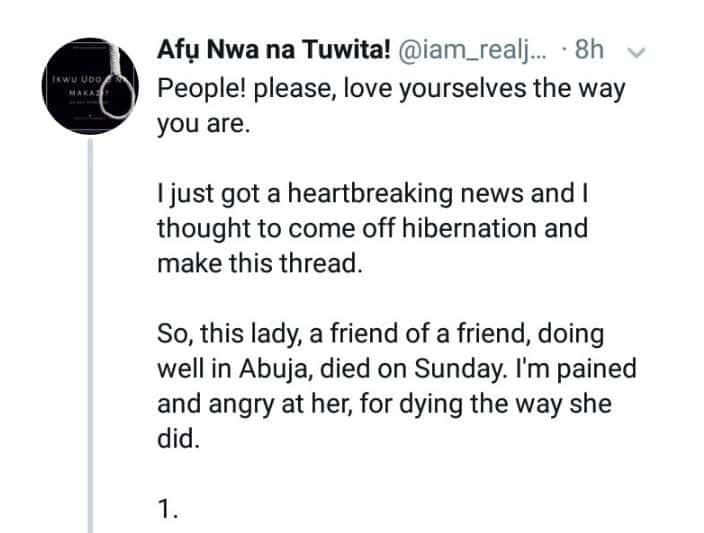 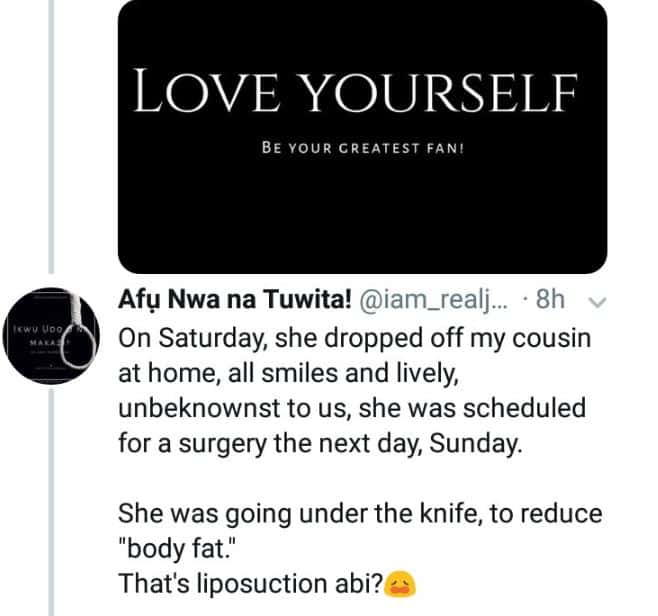 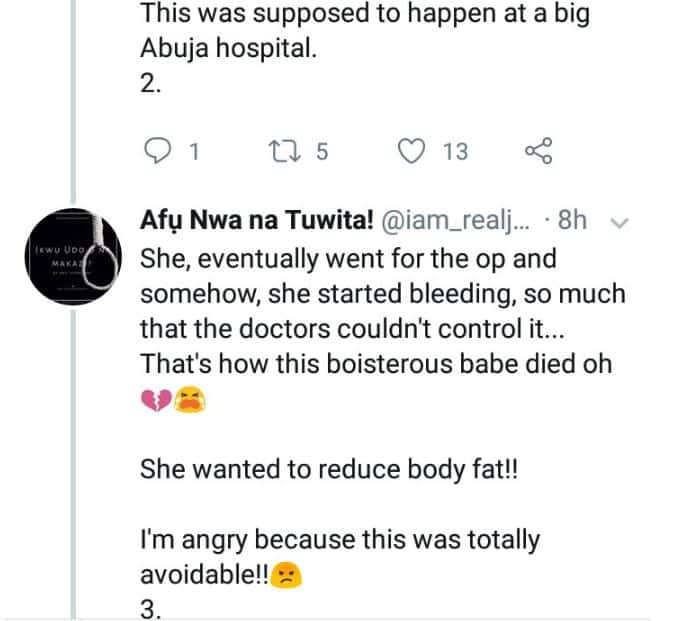 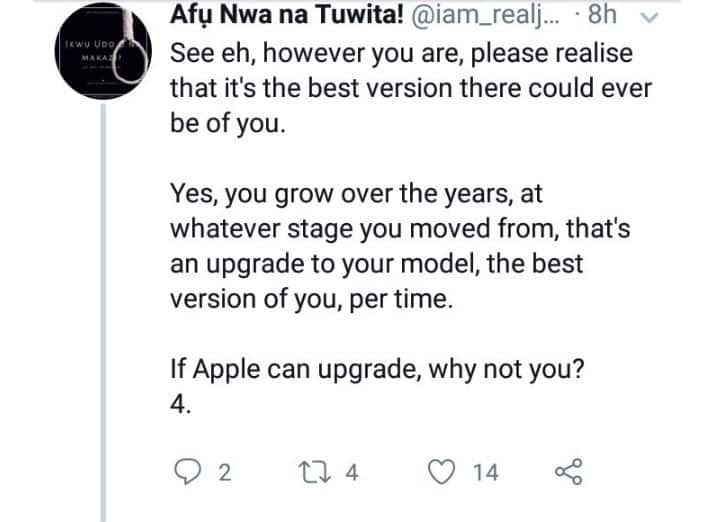 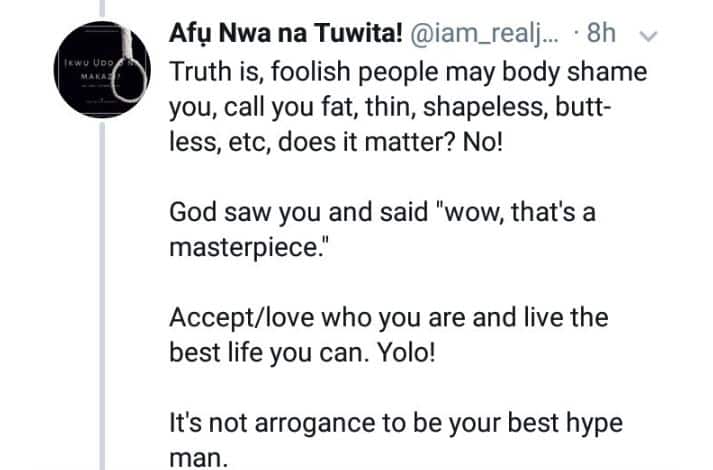 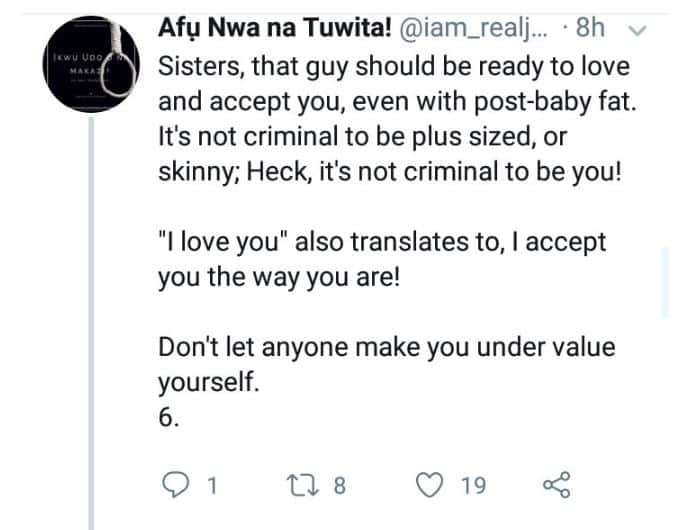 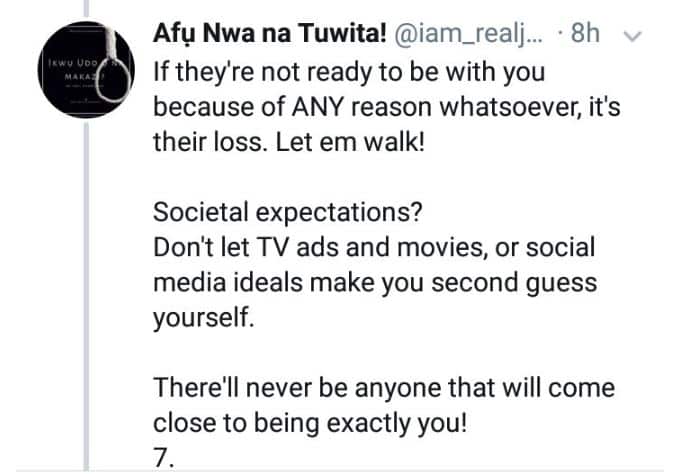 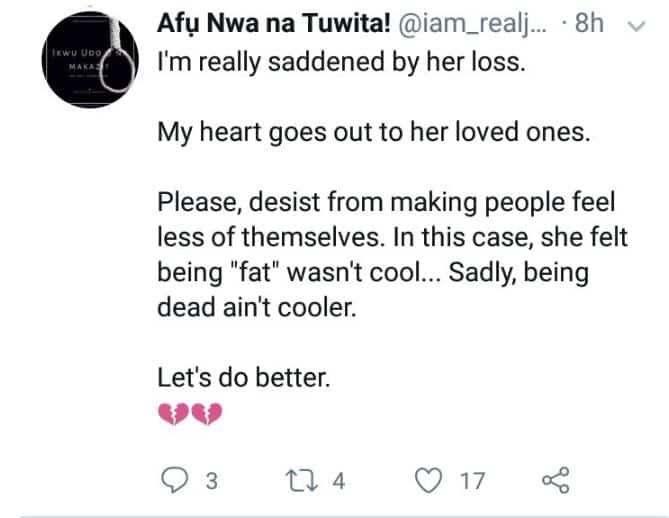 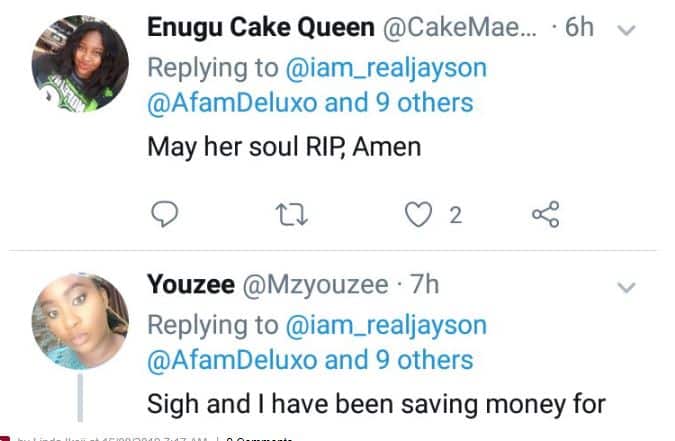