Bisi Alimi has reacted after Nigerian entrepreneur, Obinwanne Obi was exposed as a scammer by FBI. 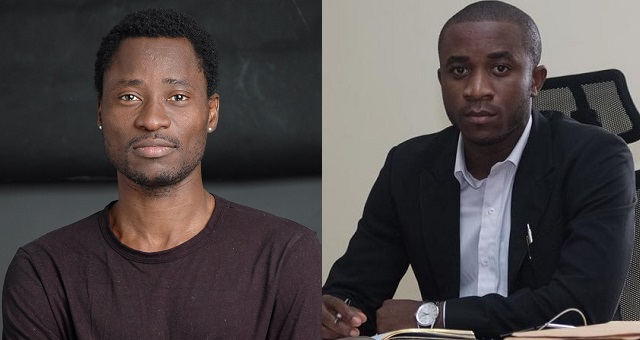 Bisi and Obinwanne
Nigerian Gay-right activist, Bisi Alimi has shared his thoughts following the arrest of the CEO of Invictus Group, Obinwanne Okeke by America’s Federal Bureau of Investigation (FBI) over a $12 million (N4.3bn) fraud.
News of the Forbes-rated young Nigerian billionaire’s arrest for allegedly defrauding top American companies of huge sums trended nationwide yesterday. He was accused of “stealing” $12m from a steel company by hacking into an executive’s office365 account and sending an email with a fake invoice to the purchase department.
Reacting to the topic, Bisi Alimi said:
Nigerians have this stupid fraudulent act of saying “it’s by God’s grace” when you ask them the secrets of their success.
Well it is now very clear thanks to Obinwenne Okeke that god’s grace is another word for 419.
There is nothing like god’s grace, stop deceiving people. It is either you have made it through hard work, connections or family wealth, and you have a right to share your secret or not to share your secret.
Saying it is the grace of god is a fraud and you are nothing but 419! Simple!
See post below: