A woman has been arrested by the police after she stormed her alleged lover's house before setting it ablaze. 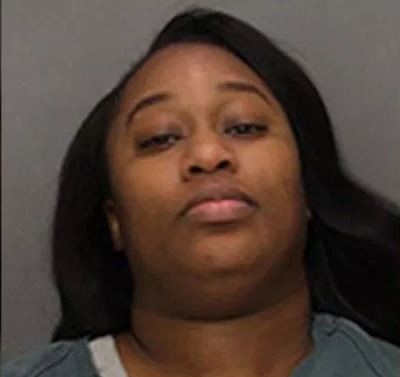 Taija Russell
A New Jersey woman identified as Taija Russell, 29, has been arrested and accused of burning a man's house after he invited her over for late-night s*x, then fell asleep before she arrived.
Taija Russell was arrested Tuesday in connection with a fire that destroyed a home earlier this month, said Woodbury police.
Police accuse Russell of sending a series of angry texts to her 'man' before she burned his house. Some of the texts she sent on the night of the incident includes, “You wasted my money to come out here,” “U smoked,” “I see you wanna die,” and “I swear to god I hope you die,” police said.
The man told police he'd invited Russell to his home "and stated that she was a 'side chick' whom he had been having a sexual relationship with".
The victim woke up around 4:30 a.m. to find flames blocking the exit from his smoke-filled residence. He escaped by physically removing a window frame and climbing through the opening, police said.
He was taken to a hospital and treated for smoke inhalation and first- and second-degree burns, according to police. His dog was also rescued and treated for smoke inhalation.
Surveillance video captures Russell buying matches, a lighter and lighter fluid from a local gas station.
From there, another camera shows her knocking on his door around 4 a.m. Russell is being held on charges of attempted murder, aggravated arson, endangering and criminal mischief.
Top Stories