A heartless woman has killed his bestfriend's 8-year-old daughter in Kano after abducting her. 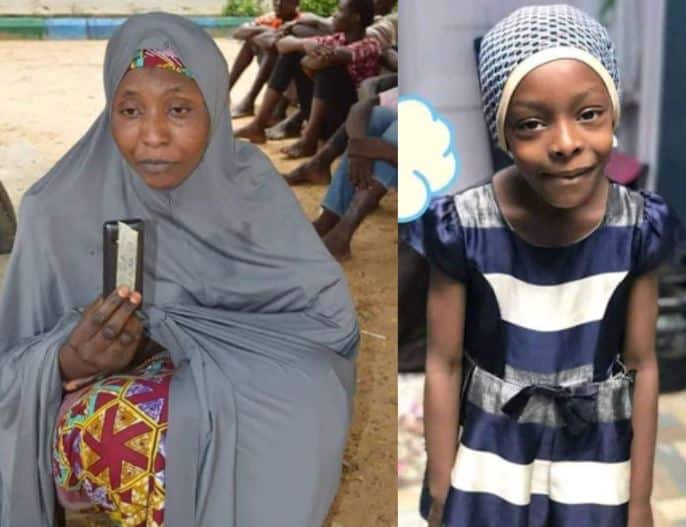 Fadila killed the little girl in Kano
A woman identified as Fadila Mohd Surajo has confessed after kidnapping and killing her bestfriend's daughter in Kano.
According to police report, on the 15th of July, 2019, one Sani Umar, of Bukar Bolori street, Tudun wada Quarters, Kano, reported that on 14th July, 2019, his daughter, Aisha Sani, 8years, was kidnapped by an unknown woman.
During the course of investigation, a decomposing body of the victim was found in a well located at Tukuntawa Quarters, Kano on 22nd July, 2019.
However on 31st July, 2019, one Fadila Mohd Surajo, of Sabuwar Gandu Quarters, Kano, was arrested in connection with the case and confessed to the crime.
She happens to be the childhood friend of the deceased’s mom.
In her confessional statement, the suspect said she first kept the girl with her sister when the ransom negotiation started, but after sometime she took her away and locked her in a toilet for three days. On the fourth day, she got tired of her and threw her in a well.
Top Stories