The attackers attacked on Sunday and opened fire on residents where they rustled undisclosed number of cattle in the area. 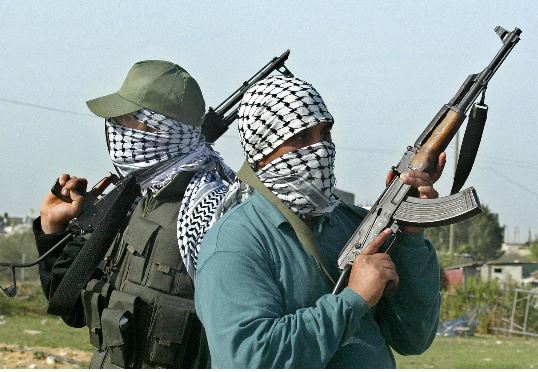 File Photo
Some villagers have been killed by armed bandits who raided Tsayau in Jibia Local Government Area of Katsina State.
The incident occurred on Sunday, hours after President Muhammadu Buhari returned to Abuja after a nine-day official visit, including celebrating the Eid-el-Kabir with family members and inauguration of some projects.
The attackers attacked on Sunday and opened fire on residents where they rustled undisclosed number of cattle in the area.
Tsayau village is a border town between Katsina, Zurmi local government of Zamfara State and the neighbouring Republic of Niger.
The acting spokesman of the Katsina State Police Command, DSP Anas Gezawa, also confirmed the attack in a statement on Monday.
He said: “DPO Jibiya indicated that on 18/08/19 at about 1530 hours, a group of armed bandits invaded Tsayau village of jibiya LGA and carted away four cows.
“The villagers mobilised and followed the bandits into the forest, ostensibly to recover the cows. The bandits killed four of the villagers and escaped into the thick hilly mountainous forest.”
He, however, admonished residents of the state to always synergise and cooperate with security agencies in dealing with the menace of banditry, kidnapping, and other forms of criminals and criminality in the country.
Top Stories