The Head of Service of the Federation, Mrs. Winifred Oyo-Ita, has shunned a presidential retreat presentation. 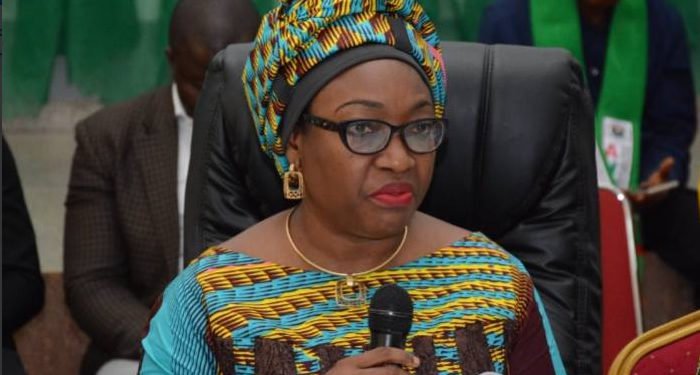 She was slated to speak as a resource person on Tuesday, day two of the 2019 Presidential Retreat for ministers designate and top government officials.

Based on the retreat programme, Oyo-Ita was to speak on ‘Consolidating Ongoing Reforms in the Public Service’ by 11.10am.

But neither did she arrive at the venue when the day two of the retreat was started by President Muhammadu Buhari at 10.30a.m nor by 11.10am when she was expected to deliver her paper.

She was on Monday claimed to have retired from the service while the Presidency said it has not sighted the resignation letter.

It is expected that the next in rank to Oyo-Ita at Head of Service of the Federation will deliver the paper in her place during the closed-door retreat.

Other resource persons for day two of the retreat were already at the venue.

According to the programme, Secretary to the Government of the Federation, Boss Mustapha, to speak on ‘Introducing cabinet processes and setting the stage for a policy-execution focused administration (Governance best practice and delivery)’.

The National Chairman of the All Progressives Congress, Adams Oshiomhole to speak on ‘Expectations from ministers over the next four years’.
Director-General, Budget Office of the Federation to speak on ‘Budget processes (preparation and approval cycle)’.

Director-General Bureau of Public Procurement to speak on ‘The public procurement act and processes’.

Former Secretary to the Government of the Federation and Head of Service of the federation, Alhaji Yayale Ahmed to speak on ‘Maintaining an effective partnership between ministers and permanent secretaries’.

Former Senate President, Ken Nnamani, to speak on ‘Driving an effective partnership between the executive, legislature and State governments’.

The Secretary to the Government of the Federation, Boss Mustapha will give summary of the retreat and next steps before President Buhari gives a closing charge.
Top Stories