So Sad! Former Super Falcons Player Dies At The Age Of 36 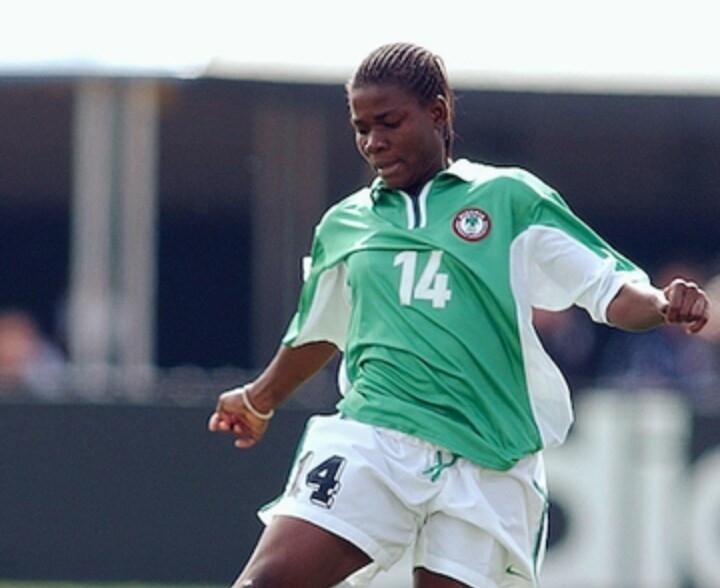 Ifeanyichukwu Chiejine
Nigerians and the Nigeria Football Federation (NFF) are mourning the death of Ifeanyichukwu Chiejine, ex-Super Falcons player following her sad death.
NFF announced Chiejine’s demise on its Twitter handle @thenff, stating that she died on Wednesday after a brief illness at the age of 36.
Chiejine plied her football trade with SSVSM-Kairat Almaty in the Kazakhstani Championship before her death.
She also played for FC Indiana in USA’s W-League, KMF Kuopio and PK-35 Vantaa in Finland and Zvezda Perm in Russia.
Chiejine was part of the Super Falcons’ squad to the 1999, 2003 and 2007 FIFA Women’s World Cups and the 2000 and 2008 Summer Olympics.
See the NFF tweet below:

We are sad to announce the sudden demise of former @NGSuper_Falcons player Ifeanyichukwu Chiejine who passed on after a brief illness on Wednesday, 21st August 2019. Ifeanyi captained the first set of the U19 National Women's team to the first U19 (Now U20) @FIFAWWC in 2002 pic.twitter.com/5SrlZwRROX