The assailants were said to have opened fire at the policemen, injuring four of them in the process. 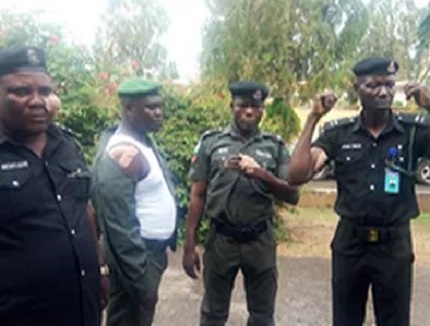 Three suspected kidnappers have been shot dead in Ogun State during a shootout with operatives of the Special Anti-Robbery Squad (SARS) which also left four policemen injured.

The incident, which occurred on Wednesday afternoon, was after the policemen arrested four members of a gang, who had abducted three persons at Ode Omi community in Ogun Waterside Local Government Area of the state on Sallah Day.

The abducted persons, including the son of the Chief Imam of the town, Abdul-azeez Sanni, as well as Jelili Adam and Bamidele Adamson, were rescued unhurt by the police on August 16.

But on Wednesday, security operatives stormed the creeks and apprehended some of the kidnap suspects.

New Telegraph learnt that while the suspects were being transported to the state police command, other members of the gang laid ambush and attacked the convoy of the policemen between Abigi and J4 area.

The assailants were said to have opened fire at the policemen, injuring four of them in the process.

However, the policemen led by the Officer-in-Charge of SARS, Tijani Muhammed, responded and engaged the attackers in a fierce gun battle, killing three of them.
Top Stories