FBI's Arrest: Why You Can't Judge The Igbo


For two days, the Igbo have been trending on Twitter with several people introducing ethnic colouration to the matter. 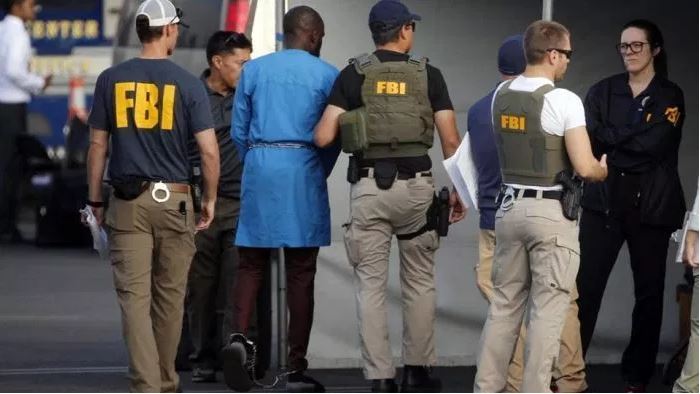 File Photo
Former Aviation Minister, Femi Fani-Kayode on Saturday said no one should judge the Igbo based on the fact that 80 of their members engaged in criminal behaviour in the United State and were arrested by the Federal Bureau of Investigation, FBI.
The FBI had few days ago arrested 80 Nigerians for cyber crime in the United States, with about 78 of them of Igbo origin.
For two days, the Igbo have been trending on Twitter with several people introducing ethnic colouration to the matter.
However, in Fani-Kayode’s assertion, “If you insist that we cannot judge the Fulani race based on the genocidal and barbaric actions of the Fulani terrorists and the destructive narrative of the Fulani supremacists, then you dare not judge the Igbo race based on the criminal behaviour of 80 Igbo in a foreign land.
“If you insist that all Igbo are criminals because of the names on the list of 80 that the Americans have released, then you must also insist that all Yoruba are criminals based on the list of names that the Saudi Arabians have accused of drug trafficking and are about to kill.
“The point is simple and clear: all races and ethnic nationalities have their own fair share of criminals and deviants. It is therefore wrong for anyone to demonise or label a whole race based on the criminal actions of a few.
“Yet based on the history of our nation and our experience over the last 59 years, it is clear to me that there is one particular race, tribe and ethnic nationality that insists on controlling others, that excels in crimes against humanity, that delights in bloodshed and the taking of human life, that derives pleasure from indulging in ethnic cleansing, mass murder and genocide, that enjoys inflicting pain, terror and suffering and that have dominated, subjugated, enslaved, troubled and tormented the indigenous tribes and ethnic nationalities of Nigeria more than any other,” he said.
According to Fani-Kayode, “that race, tribe and ethnic nationality is not the Igbo, the Yoruba, the Ijaw, the Tiv, the Berom, the Tarok, the Kanuri, the Igala, the Idoma, the Uruhobo, the Itsekiri, the Efik, the Ibibiyo, the Kalabari, the Nupe, the Gbagi, the Igbira, the Eggon, the Kataf, the Baju, the Shuwa Arab, the Jukun or any of the other indigenous ethnic nationalities that make up our nation.
“The tribe that I am referring to know who they are. They are not an indigenous Nigerian tribe but came from a foreign and distant land and settled here. They are those that the late Bola Ige once referred to as “the Tutsis of Nigeria”.
“These people have questions to answer and explanations to make for their consistently outrageous, barbaric and horrendous behaviour and their not-so-hidden ethnic and religious agenda. Who are they? Who the cap fits, let them wear it.”
Top Stories