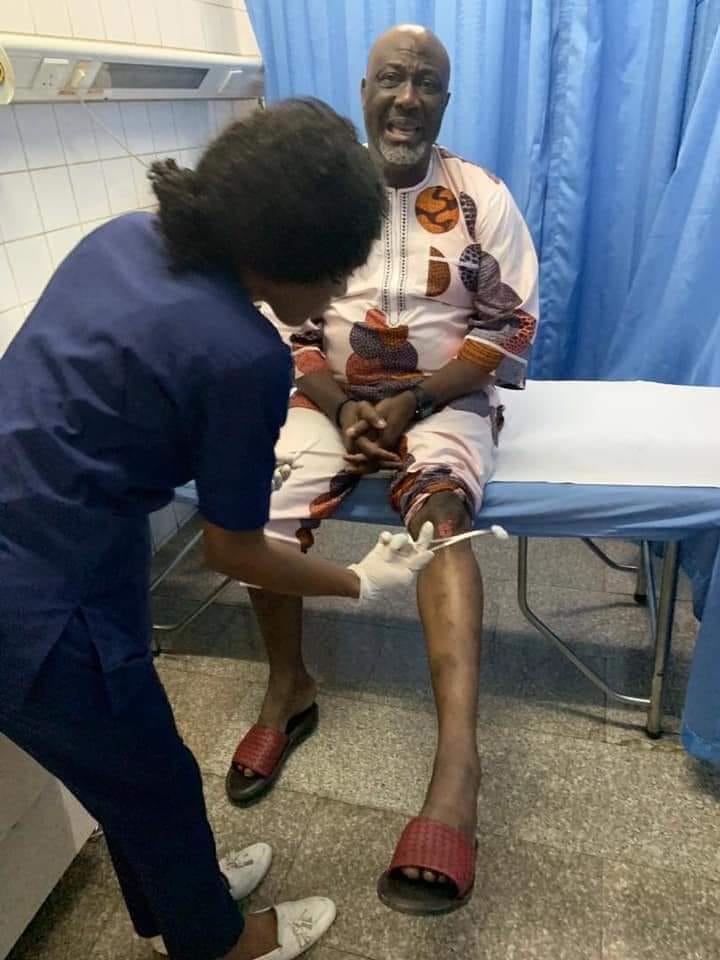 Dino Melaye
Kogi West Senator, Dino Melaye narrowly escaped death after unknown gunmen stormed the venue of the Governorship Primaries of the Peoples Democratic Party, PDP at the Confluence Stadium in Lokoja.
Melaye was injured during the chaos. Politics Nigeria gathered that early Wednesday morning as the exercise was being carried, hoodlums armed to the teeth stormed the stadium and started shooting sporadically. Delegates and party chieftains scampered to safety, with many crawling on their bellies to avoid being hit by stray bullets.
A statement released by Melaye’s media team claims that the senator was the main target of the attack. The statement read;
“The disruption and sporadic shootings in the early hours of today at the venue of PDP primary which led to an abrupt end of the exercise was aimed at Kogi West Senator, Dino Melaye.”
“The bid by Sen Dino Melaye to join the governorship race has since unsettled the camp of Governor Yahaya Bello. It is in the public domain already that Sen Dino Melaye is the only threat to the reelection of governor Bello with all capacities to defeat him.”
“The gunmen came chanting different languages and forced their way into the venue with Dino Melaye as major target. We wish to equally bring to the public that Sen Dino Melaye sustained injuries from shots at the venue but now receiving treatment in an undisclosed hospital. Doctors are still battling to stabilize him as a result of the attack.”
“This is the extent to which they intend to nail their target. We thank God for his life, but surely, evil men shall be exposed. For us, election is not a war but a process where people are allowed to decide freely who run their affairs. We have it on good authority from their camp to the fact that it is only Sen Dino Melaye that can challenge them in the election ahead.”
“This led to the plan to disrupt and made him target in a bid to cow him. We wish to state that distinguished Melaye remains unperturbed, strong, more determined and more focused on the project to rescue Kogi state.”
“We, therefore, urge all our supporters across the state to remain law-abiding, focus and resolute as light will definitely prevail over darkness.” 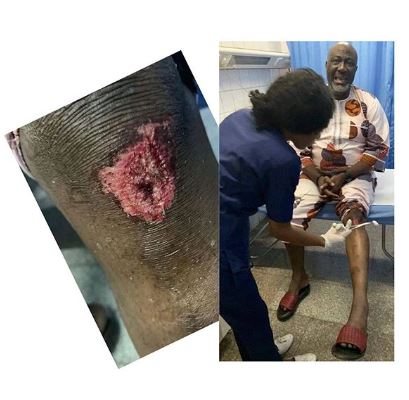