Blossom is currently not available to any of his friends and there are whispers he moved in with Lilian, a mother of one. 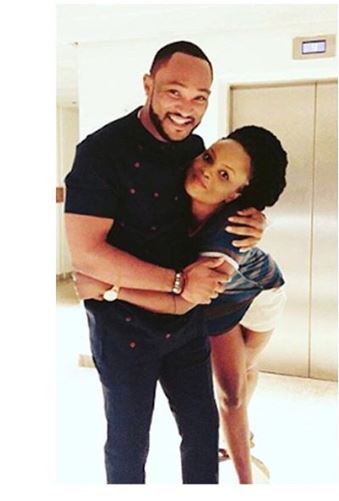 Blossom Chukwujekwu and Maureen Esisi
The 3-year-old marriage between actor Blossom Chukwujekwu and Maureen Esisi is over.
According to an inside report we received yesterday, the actor packed out of their matrimonial home some weeks ago and the erstwhile lovers have now unfollowed each other on all their social media platforms.
It was gathered that Blossom made the decision to leave the marriage over the lack of respect from Maureen, coupled with the fact that he has allegedly impregnated another lady.
Corroborating this claim, blogger Stella Dimikokorkus reported that the actor has informed Maureen‘s parents that he is no longer interested in the marriage. The celebrity blogger's report reads:
"As you read this,you can take it to the Bank that Blossom has packed ALL his things and left his Matrimonial home for good..He moved out 3 weeks ago and has informed Maureen Esisi's parents that he is no longer Interested in Marrying their beautiful daughter... According to confirmed insider whispering,The Couple had problems conceiving and just when Family decided to help them out with IVF, he moved out......
It is whispered that their inability to conceive was not because they had problems but because 'When she is ovulating he moves out until Ovulation has passed and then he returns'. Blossom has also blocked Maureen on all social media and on whats app and phone calls and.his family members have also blocked Maureen-they are supporting their sons move.
Over the months, Maureen has flooded her social media handle telling of their beautiful Marriage with fans ''Awwwwwing'' and ''Ohhhhhing'' with several tapping into their blessings. Why is all this happening?
It is whispered that Blossom and his ex girlfriend, Lilian Esoro have gotten back together and the actress is pregnant for him.
Blossom is currently not available to any of his friends and there are whispers he moved in with Lilian.
SDK Blog in line with verifying stories contacted actress Lillian Esoro and she sounded shocked and denied all the allegations... She Says ''Please i am not with Blossom and we have not spoken for sometime since our last movie...I am not pregnant for him..Jesus Christ, is that how one gets pregnant?I am really shocked...Please leave me out of this story, I am not involved..Whoever involved me in this story must be joking. I am not pregnant for anyone,maybe its another Lilian. Blossom is not staying with me!''
Top Stories