One would have thought that Daddy Freeze meant to say that praying for one’s enemies to die was "attempted murder," rather than "attempted suicide." 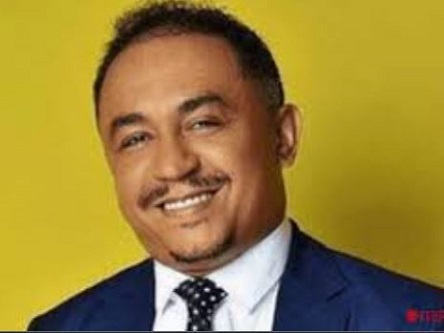 Daddy Freeze
Controversial on-air-personality, Ifedayo Lucian Olarinde, aka, Daddy Freeze, has said that operatives of the Special Anti-Robbery Squad should start arresting Nigerians who engage in praying for their enemies to die.

“SARS need to start arresting people praying for their enemies to die by fire and begin charging them for attempted suicide,” Freeze wrote on Saturday via his verified Instagram handle, daddyfreeze.

“We are, by a wide margin, our own worst enemies,” Freeze wrote.

Someone fires back: “ch.ristian3123: 1corinthians 2 Vs 14 that’s what you are.” Meanwhile, I Corinthians 2:14 states: “The person without the Spirit does not accept the things that come from the Spirit of God but considers them foolishness, and cannot understand them.”

Someone accused him of selling Nigerians cheap: “There is a page on instagram run by a Ghanaian lady that always post bad things about Nigerians. If there is any negative thing about Nigeria, we will post it and there will be making fun of Nigeria. Calling us poor people, thieves, haters etc. It’s been going on for a very long time. But you promote Ghanaians and not knowing how Ghanaians hate Nigerians. The page is aba_the_great1 . Check it yourself and see the hate.” —Efejohnson3

However, one follower shares Freeze’s view: “The stupidity is that all these useless prayers doesn’t work (sic) ..instead, the enemy will still kill them…they have been praying for Buhari to die,what happened? —Ezesolo
Top Stories