Some archaeologists have been stunned to discover a skeleton which was buried with '2,100 year old iPhone'. 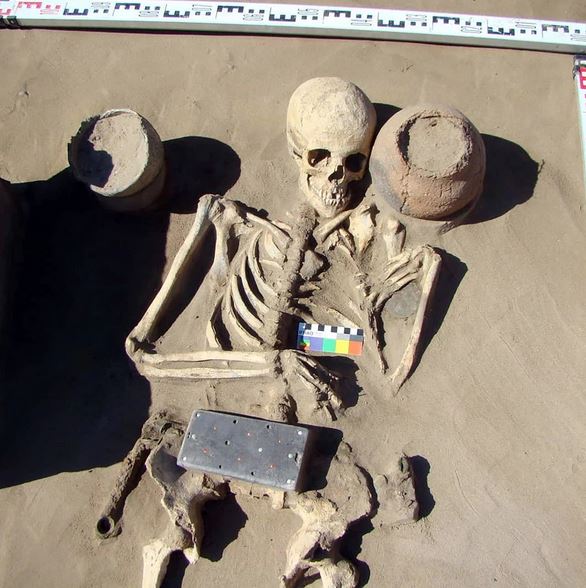 The ancient woman - who lived before the birth of Christ - was found with her modern-looking accessory in the depths of Siberia
An extraordinary 2,137-year-old "iPhone" has been dug from the grave of a young woman at a mysterious burial site dubbed the "Russian Atlantis".

The tomb of the ancient fashionista - nicknamed Natasha by archaeologists - was found after a vast man-made reservoir in Siberia was drained over the summer.
It dates back to the ancient Xiongnu empire - a huge nation of nomads that ruled the area from the 3rd century BC to the late 1st century AD

In fact, what looks strikingly like a smart phone is actually made of black gemstone jet rock - with inlays of semi-precious stones. 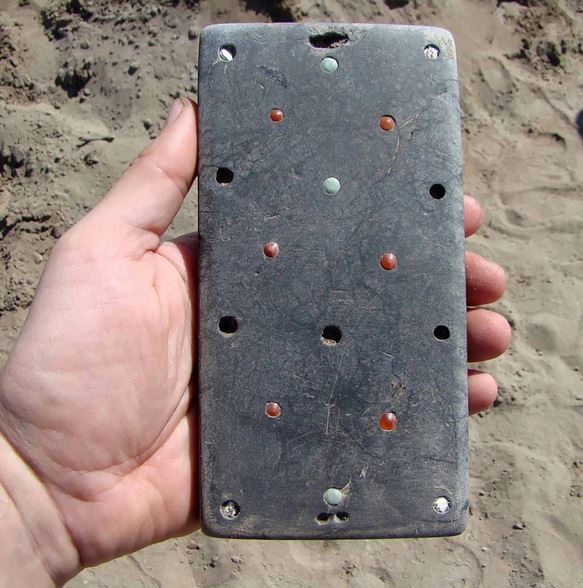 The object is the same size as an iPhone - and features delicate inlays of precious stone
And rather than being a pre-historic piece of tech - the block was actually used as an ornate belt buckle.

Archaeologist Dr Pavel Leus said: “Natasha’s’ burial with a Hunnu-era (Xiongnu) 'iPhone' remains one of the most interesting at this site.”
The intricate inlays are made of turquoise, carnelian, and mother-of-pearl - as well as a form of ancient Chinese coin.
'ANCIENT TREASURE'

Dr Leus added: “Hers was the only belt decorated with Chinese wuzhu coins which helped us to date it."

The find is from the Ala-Tey necropolis in the so-called Sayan Sea - a giant reservoir upstream of the Sayano-Shushenskaya Dam, Russia’s biggest power plant. 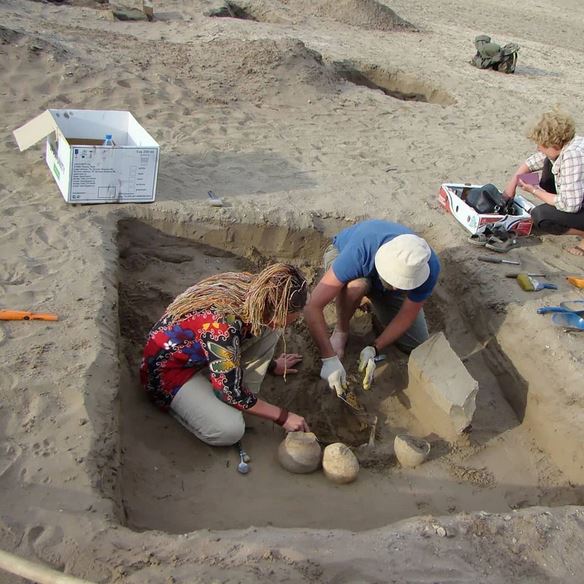 The site is thought to be the location of a lost Atlantis style city
The 7inx3in treasure was discovered in the normally submerged "Atlantis necropolis" this summer months - when the reservoir is temporarily drained.

The ancient burial plot is usually up to 56ft underwater, according to The Siberian Times.
Graves of prehistoric civilisations dating from the Bronze Age to the time of Genghis Khan are also located at the site.

It comes after the discovery of two partly-mummified prehistoric women - who were buried with the tools of their trade.

One called "Sleeping Beauty" - dressed in delicate silk for the afterlife - was at first believed to be a priestess.

But she is now thought to have been a leather designer. 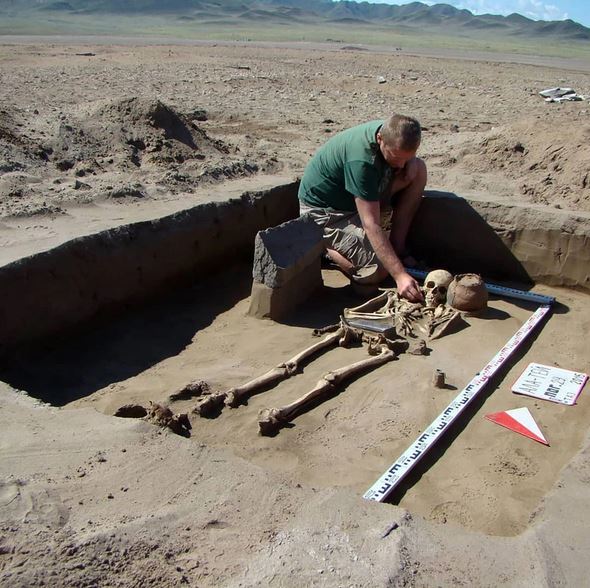 The discovery was made in the normally submerged ‘Atlantis necropolis’
The second was a weaver laid to rest with her wooden spindle packed inside a sewing bag.

The reservoir covers 240sq miles but in summer the water level falls by almost 60ft - giving its floor the appearance of a desert.
A total of 110 burials have so far been discovered on an island in the reservoir.

“This site is a scientific sensation”, said Dr Marina Kilunovskaya from the St Petersburg Institute of Material History Culture.

She added: “We are incredibly lucky to have found these burials of rich Hun nomads that were not disturbed by (ancient) grave robbers.”

Another Atlantis site in the reservoir is called Terezin and has at least 32 graves closer to the shore.

Scientists admit they are in a race against time to examine the sites and save priceless treasures from damage by the returning water.
***
Source: The Sun UK
Top Stories