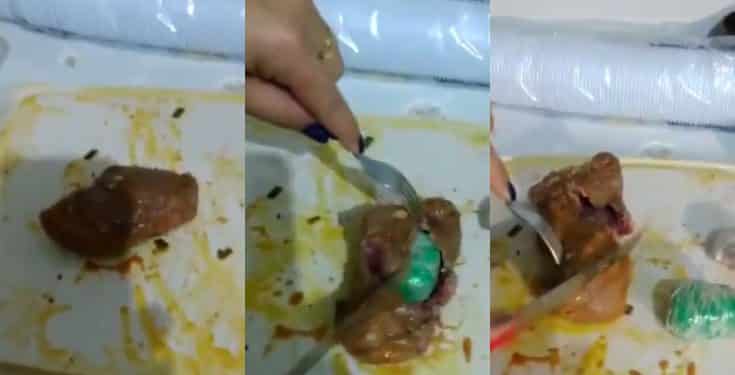 The drug inside the meat balls
A video is making the rounds showing how drug dealers now conceal banned substances inside meat balls in a bowl of soup in order to evade security detection.
The video has many people in shock at the technique being used to transport banned substances.
This is coming after we reported Two Nigerian men died as the drug they swallowed burst during a flight
Narrating how it happened, an eyewitness said: “I was in an Ethiopian Airline from Brazil to Ethiopia. My seat number falls at the middle of two men.
"The flight was 12hrs. The young man at my right asked me to check the flight map to know how far we had gone which I did. We were already half the journey.
Watch the video below;
Top Stories