Solskjaer's men head to the game following a 1-0 victory over Astana in the UEFA Europa League at Old Trafford on Thursday. 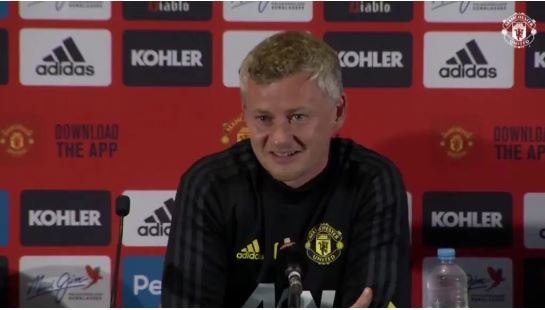 Ole Gunnar Solskjaer
Manchester United manager, Ole Gunnar Solskjaer, has confirmed that Paul Pogba, Anthony Martial and Luke Shaw will miss the Red Devils’ Premier League clash against West Ham United at London Stadium on Sunday afternoon.
Pogba, Martial and Shaw missed Man United’s last weekend Premier League 1-0 victory over Leicester City due to injury, but Solskjaer is now saying that the trio will be absent for the club once again.
Solskjaer’s men head to the game following a 1-0 victory over Astana in the UEFA Europa League at Old Trafford on Thursday.
When asked if Pogba and Martial would be fit enough to face West Ham, Solskjaer told reporters after Astana win: “Not really, no. They’ve not been training yet so I don’t think so. Luke won’t be ready also.
“Daniel James? I don’t know. He’s not trained in the last few days. Hopefully, but not sure. We’ll have a recovery day with everyone tomorrow and we’ll see on Saturday.”
The kick-off time for the match is 2pm.
Top Stories