Ladoja said former president, Olusegun Obasanjo and not the late Lamidi Adedibu made his impeachment as governor possible. 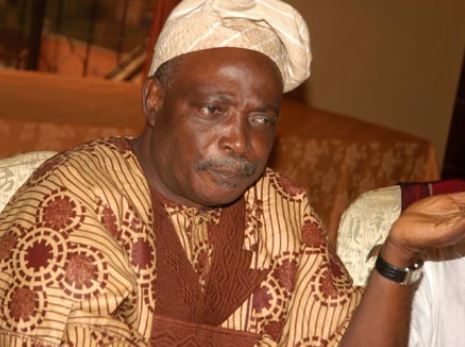 Ladoja, in an interview with journalists in Ibadan, said Obasanjo rejected appeals by prominent Nigerians, including a late Yoruba leader, Pa Emmanuel Alayande, and a former Attorney General of the Federation, Prince Bola Ajibola,  not to remove him.

According to the former governor, Obasanjo threatened to reduce him to “nobody” for daring to oppose his third term bid.

The Osi Olubadan of Ibadanland, who will be 75 years old on Wednesday (today), recalled events that shaped his life and said, “There are successes and failures.  There are triumphs and disappointments. And in the long run, I will say that I’m grateful to God that I can claim more triumphs than disappointments.”

Ladoja said he was lured into politics after he bankrolled the election of  the late Chief Kolapo Ishola as the governor of the state in the Third Republic.

Ladoja said Obasanjo and not the late Lamidi Adedibu made the impeachment possible.

He said he was able to manage Adedibu until the third term issue cropped up, adding that the Ibadan late politician and him had a good rapport.

He said, “I also made a mistake. When I heard about the third term, I asked Baba (Obasanjo) if it was true.  He said it was not true and I said thank God.

“I said,  ‘Baba, if not I would have said maybe you don’t know God. I said God made it possible for you to be President for eight years and I said this was a presidency you were not qualified for.’”

Ladoja said when Obasanjo insisted that he was qualified and he told him,  “In a civilian government, the Presidency is meant for politicians and you are not a politician. They came to call you.”

The former governor said that he was satisfied that he told Obasanjo the truth, despite the fact that he did not like it.
Top Stories