A Nigerian actress has waded into the online debate why Nigerians do not like Tacha and looked forward to her disqualification. 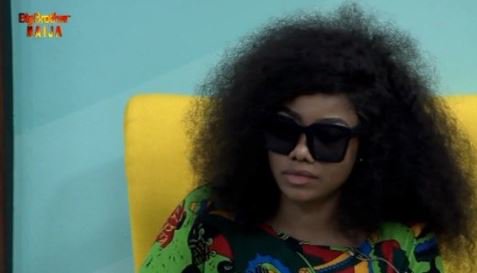 Tacha
Nollywood actress, Matilda Obaseki has defended Tacha from critics following her disqualification from the Big Brother house.
The former Tinsel Actress stated that Nigerians hated on Tacha because they couldn’t break her.
Her post on twitter reads:
"The toxicity of #BBNaija19 will not be forgotten. Old men and women came on twitter n cursed each other out! We the softporn, cheered,jeered, bodyshamed, slut-shamed a young woman for daring to stand up for herself. Tacha wasn’t perfect but at least she wasn’t a hypocrite."
However, viewers of the show have on Twitter expressed the real reason why they don't like Tacha, saying it is because of her bad character and pride. She was quick at abusing fellow housemates. 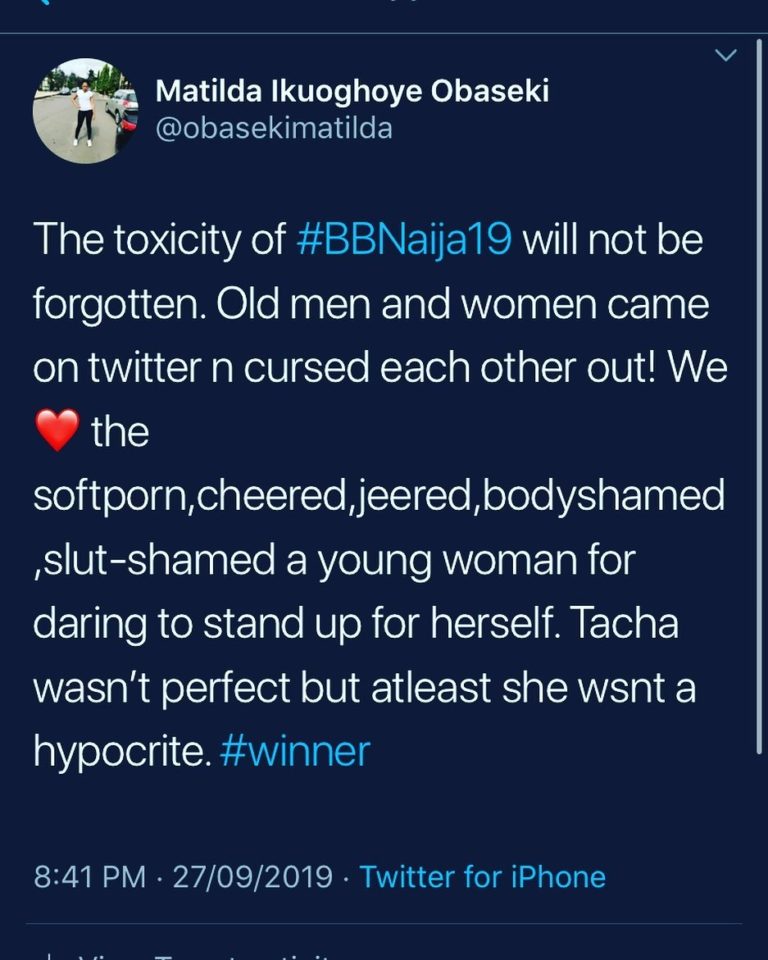