A fee of 15m pounds was agreed upon by the clubs and football's governing body has ruled that a first instalment must now be paid. 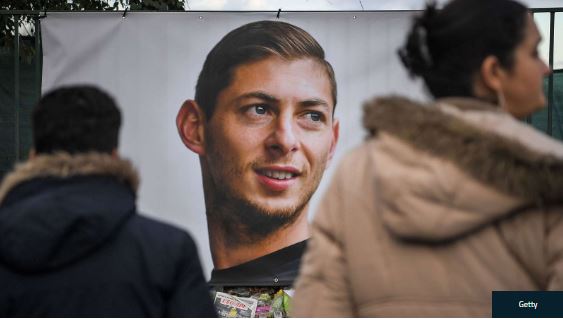 Emiliano Sala
Cardiff City have been told by the FIFA Players' Status Committee to pay Nantes €6 million (£5m/$6.5m) for the late Emiliano Sala.
The striker became Cardiff's record signing when a deal was struck with the Ligue 1 club in January.
But before he made an appearance for City, the plane carrying Sala from France to Wales crashed and he was killed, along with pilot David Ibbotson.
Cardiff claimed the agreement to pay Nantes a £15 million ($18m) fee was not legally binding because conditions insisted upon by Nantes were not fulfilled.
The FIFA Players' Status Committee said on Monday the €6m Nantes should receive from Cardiff is "corresponding to the first instalment due".
A statement read: "In a meeting held on 25 September 2019, the FIFA Players’ Status Committee established that Cardiff City FC must pay FC Nantes the sum of EUR 6,000,000, corresponding to the first instalment due in accordance with the transfer agreement concluded between the parties on 19 January 2019 for the transfer of the late Emiliano Sala from FC Nantes to Cardiff City FC.
"The FIFA Players’ Status Committee, which never lost sight of the specific and unique circumstances of this tragic situation during its deliberations on the dispute at stake, refrained from imposing procedural costs on the parties.
"The findings of the decision were notified to the parties concerned today. Within a deadline of ten days, Cardiff City FC and FC Nantes can request a copy of the grounds of the decision, which can be appealed to the Court of Arbitration for Sport (CAS) in Lausanne."
The exact total amount FIFA have ruled must be paid across further instalments has not yet been revealed, while neither side have made public their intention to appeal the Players' Status Committee's decision with CAS at this juncture.
Investigations into the exact cause of the player and pilots death have been ongoing since the tragedy took place, with a 64-year-old man from the North Yorkshire area having been arrested on suspicion of manslaughter by an unlawful act earlier this year.
In addition, a man and woman were jailed in September for illegally accessing and circulating the late Argentine's post-mortem photos.
Top Stories