Customs Collects N9.2b In One Day From Border Closure


The Nigerian Customs Service has revealed it collected N9.2billion in one day following closure of border. 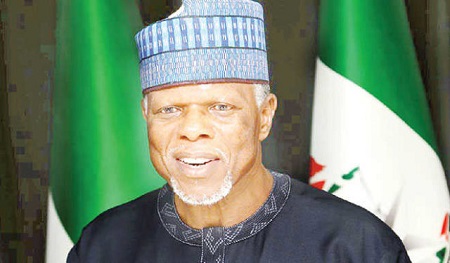 Hameed Ali
The Comptroller-General, Nigeria Customs Service (NCS), Col. Hameed Ali (rtd), on Wednesday said the agency collected N9.2billion in one day as a result of ongoing partial border closure exercise by the Federal Government, TheNation has reported.
Answering questions from members of the joint National Assembly Committee on Finance, in Abuja, he said the agency now maintains an average revenue collection of between N5billion and N6billion daily.
Ali was at the National Assembly on the invitation of the National Assembly joint committee on Finance presently considering the 2020 – 2022 Medium Term Expenditure Framework and Fiscal Strategy Paper (MTEF/FSP) submitted to both chambers by President Muhammadu Buhari, last week.
He said most cargoes that used to berth in Benin Republic and later smuggle their goods into the country are now using Nigerian ports.
He said the agency’s revenue which had dropped has now increased as the a result of the closure.
Ali said: “When we closed the border my fear was that our revenue is going to drop. To be honest our revenue kept increasing.
“There was a day in September that we collected N9.2billion in one day. It has never happened before. This is after the closure of the border and since then, we have maintained an average of about N4.7billion and N5.8 billion on a daily basis which is far more than we used to collect.
“What we have discovered is that most of those cargoes that used to go to Benin (Republic), shipped to Benin, continue and then discharged and smuggled into Nigeria, now that we have closed the border, they are forced to bring their goods to either Apapa or Tin Can Island and we have to collect duty on them.
“If that would continue to us it is a welcome situation. As a matter of fact, to answer your question, our revenue has not reduced; it is increasing as a result of closing the border.”
Ali also said there has been a significant reduction in the amount of fuel supposedly consumed daily in Nigeria since the exercise began.
“About 10.2million litres of fuel has now been cut down from what we have been assuming to have been consuming. This 10.2million litres of fuel is always going across the border.
“The issue here is that there is incentive because there is price differential. And that is why our people keep pushing this fuel. If you go to Ilaro today, the filling stations that are there…in Idiroko, there are over 50 to 60 filling stations in one place and they are close to the border.
“And what we have discovered is that they bring in fuel in the afternoon and in the night they siphon it. They do that everyday and this is why we keep saying we are consuming so many litres of fuel everyday,” Ali said.
Meanwhile, the National Assembly on Wednesday summoned the Governor of the Central Bank of Nigeria (CBN), Mr. Godwin Emefiele and the Comptroller General of the Nigeria Immigration Service, Muhammed Babandede, to appear before its joint committee tomorrow by 9am tomorrow (today).
This was sequel to the fact that despite having been invited by the Committee, the CBN governor neither sent a representative nor a letter to explain his absence.
Babandede also did not heed the Committee’s invitation on Wednesday.
Top Stories