The striker's American team has confirmed the passing of the former Golden Eaglets and Flying Eagles skipper. 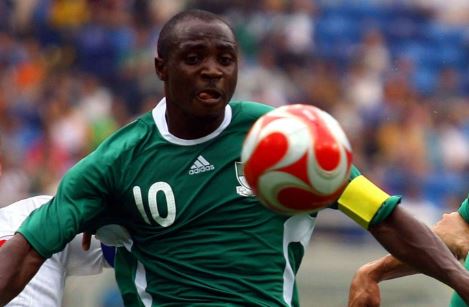 Isaac Promise
Former Nigeria, Genclerbirligi, and Trabzonspor striker Isaac Promise has passed away at the age of 31.
Austin Bold FC chairman, Bobby Epstein announced the player passed away on Wednesday.
“The greatest loss a team can suffer is not on the scoreboard, it's the death of a fellow teammate,” wrote Epstein.
“It's with shock and grief that we acknowledge the sudden death of Promise Isaac.
“On behalf of the BOLD organisation; we wish his wife, children and family strength and peace as they struggle to cope with his death.”
Promise was an unused substitute as the USL Championship side secured a 2-1 away victory at Portland Timbers on Tuesday.
He captained Nigeria to the 2003 Fifa U17 World Cup held in Finland, as well as the 2005 Fifa U20 World Cup in the Netherlands where the Flying Eagles were runners-up to Argentina.
At the 2008 Olympics, he played a key role in Nigeria’s silver medal finish in Beijing – scoring in the 2-1 triumph over the United States in the group stage.
Promise made his senior national team debut in 2009, but only played three games and scored one goal.
Before passing away, he had several stints across Turkey, Saudi Arabia and the United States.
Top Stories