An angry man has gone on rampage, killing his ex-girlfriend, her new boyfriend and her family members. 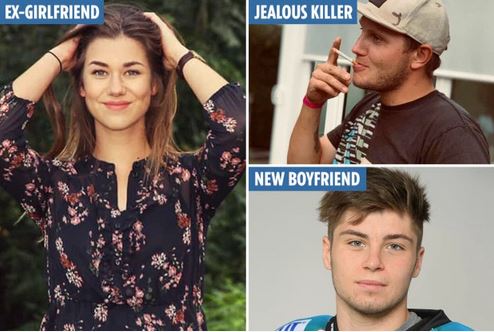 The jealous boyfriend killed his ex and her new lover

A jealous gunman slaughtered his ex, her new boyfriend and her entire family in their beds at an Austrian ski resort yesterday.

The twisted 25-year-old then handed himself in and confessed to carrying out the bloody gun rampage in the quiet ski town of Kitzbuhel in the early hours of Sunday morning.
The slaughter was reportedly sparked when the killer – who split with his ex Nadine Hinterholzer two months before – bumped into her in a restaurant having dinner with her new partner on Saturday night.

Just hours later he stormed round to her family’s home, demanding to speak to her before being turned away by her dad, according to reports.

He then went to fetch his brother’s gun before coming back and beginning his gory rampage at around 4am, police said.

The deranged ex shot the dad, 59, dead as he answered the door again, before heading upstairs and killing her mum Andrea, 51, and brother Kevin, 25, as they slept in their beds.

The killer - named only as Andi E - then climbed over an outdoor balcony to reach a locked second apartment where the 19-year-old and her 24-year-old boyfriend Florian Janny were staying, shooting them as well.

The gunman walked into a police station at around 6am and confessed to the killing spree.
Prosecutor Walter Pupp said: “He put a gun and a knife on the counter and claimed that he had just killed five people.”