High profile drug dealers in Borno State have been arrested by the Police and another set of fraudsters nabbed with fake documents. 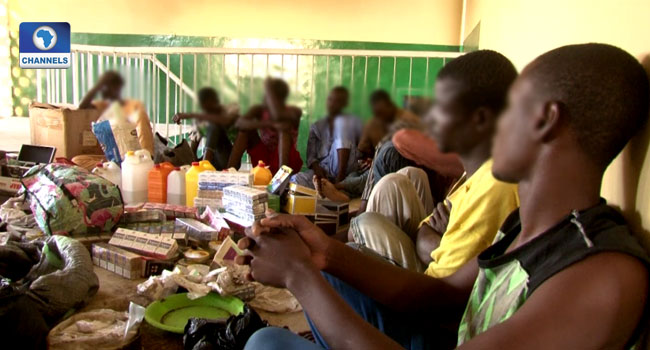 The suspects
The Borno State Police Command has said that 17 suspected high profile drug dealers have been arrested in a joint operation with operatives of Operation Puff Adder.

According to the commissioner of Police, Mohammed, the arrest was successful with the collaboration of indigenes.

“You can see the exhibit, the number of dry leaves suspected to be Indian hemp, suck and die in large quantity, hard drug Drazzapan, Shisha smoker pot that is being used nowadays to smoke the dry leaves as if it were the actual shisha smoking ingredients,” Ndatsu revealed.

Also paraded were suspected forgery syndicates, who according to The Police commissioner have been defrauding unsuspecting people offering them fake appointments in government agencies.

Fake Appointment letters bearing NNPC, NPS and other government agencies were recovered as exhibits from the alleged fraudsters.

“We arrested forgers and cheaters who specialize in issuing fake appointment letters and collecting a huge sum of money. Some were gotten with fake NIPOST, NNPC appointment letters. Francis Josiah, Gideon Ndanga 32 years are from Borno State.”
See more photos below: 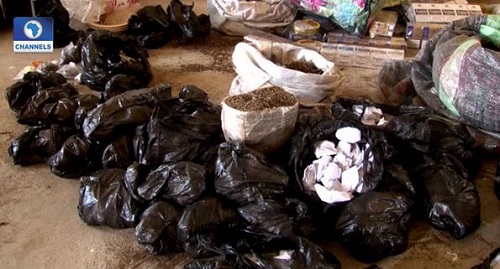 Suspected drugs dealers paraded at the Command headquarters in Borno 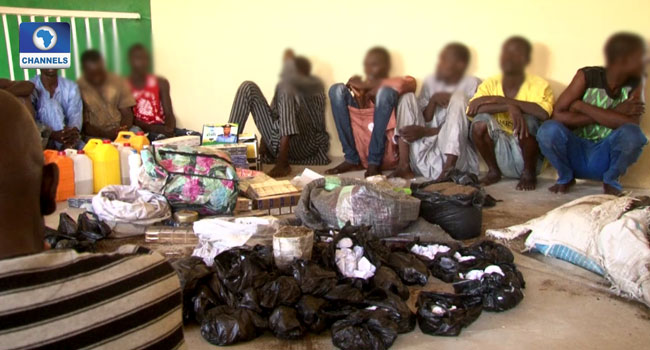 Alleged forgery syndicates paraded by the Police in Borno 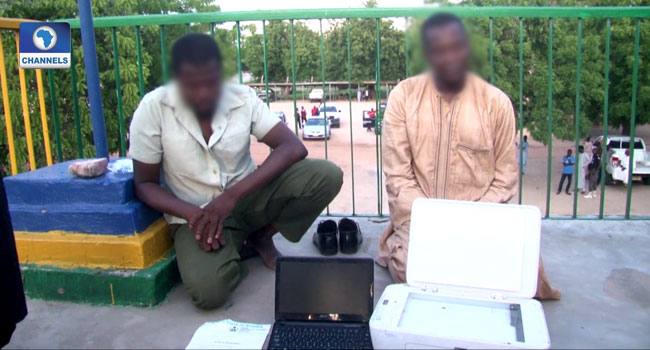 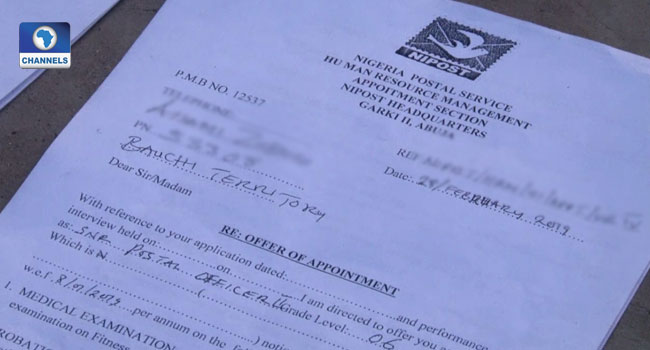