After being caught on tape in a BBC sex-for-grade scandal, a University of Ghana, Professor has reacted. 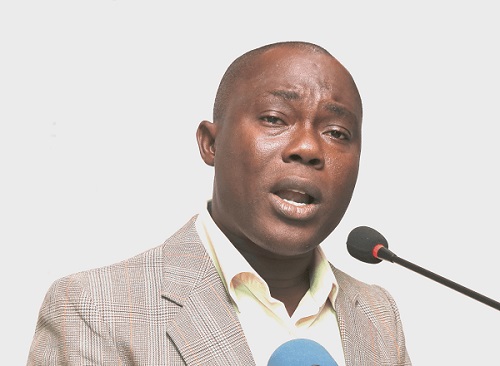 Professor Ransford Gyampo
A popular lecturer at the Political Science Department of the University of Ghana, Professor Ransford Gyampo has finally come out to speak on the viral video of him in the BBC Sex for Grade Scandal.
According to Professor Gyampo in a post shared on his Facebook page, he was trapped by “a certain unscrupulous people, with the aid of BBC (African Eye)”.
The popular Ghanaian lecturer explained that he was targeted by some political figures in Ghana who seeks to gag him fr putting political regimes on its ties.
Professor Gyampo again warned the BBC to stay away from intruding in national issues and must remember that, colonialism is long over. Professor Gyampo further revealed he is suing BBC.
READ THE FULL POST BELOW
1. I have been counseled to be silent on a matter of entrapment masterminded by a certain unscrupulous people, with the aid of BBC (African Eye) against me.
2. Unfortunately, my students this afternoon also insisted that I say something to clear the air. I am grateful to them for the support they showed me this afternoon. I am grateful to all my friends for the numerous phone calls and messages to show solidarity. For my haters who were expecting to see a worst video, and actually texted to rejoice over what they think is going to be my downfall, I forgive them
3. I have a lot to say about this matter. But I am suing the BBC for defamation tomorrow, so I will keep some of the facts to myself for now.
4. Let me state, however, that I have not involved myself in the BBC’s so-called sex for grades and will never do so. Their own video documentary evidence could not establish this. I am aware of my University’s Sexual Harassment Policy and I have always adhered to its dogmas.
5. The lady involved in my informal conversation, was not my student and she wasn’t also a student from the University of Ghana where I teach. I, therefore, cannot decipher how I could manipulate the grade of a non-student. The BBC ignored all her contributions to our conversation. They ignored all her messages she sent to me. They ignored my objections and letters written to refute their allegations. They also edited the video to suit their purpose.
6. While I prepare to sue the BBC for carrying out the most bogus and unprofessional piece of documentary in the world so far, I wish to remind them that Ghana and for that matter, Africa, has long thrown out the yoke of colonialism.
7. We are an independent continent with our own institutions that can handle internal matters. There cannot be much talk about strengthening institutions when they are blatantly prevented from doing their work by needless intruders like the BBC. The University of Ghana where I teach, has credible outfit and mechanisms for dealing with matters of harassment. Why did the BBC refused to encourage the one harassed to report the matter? Sexual harassment is also a criminal matter. Why has the BBC refused to report the matter?
8. I am aware of those behind this, just for the purposes of gagging me. But I wish to assure them that I remain Yaw Gyampo. I wont be silenced. Their worst may be to kill me. But in as much as I love my family, I wont be scared to die in the course of keeping regimes on their toes, without malice, just for the purposes of shaping our governance landscape.
I have not engaged in any so-called sex for grades and I will stay true to my calling in doing my best for God, students, and country.
Yaw Gyampo
A31, Prabiw
PAV Ansah Street
Saltpond
&
Suro Nipa House
Kubease
Larteh-Akuapim
Professor Gyampo is one of the two lecturers in Ghana whose names came up in BBC (African Eye) investigation on Sex for grade scandal.
The University of Ghana lecturer was captured on camera toasting a supposed student who was undercover.
Top Stories