A consultant gynaecologist and specialist in reproductive health, said a separate toilet facility would be better for people in same category as Bobrisky. 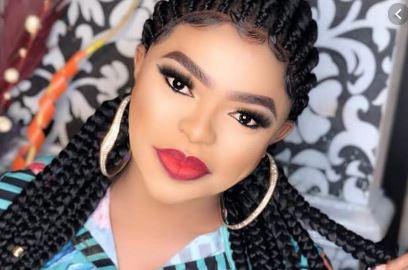 Bobrisky
The Nigerian Medical Association has recommended psychological counselling for persons, including Idris Okuneye, popularly called  Bobrisky, who are males but have a feeling that they are females.
The Chairman of NMA in the Federal Capital Territory and Chief Medical Director, Nyanya General Hospital, Dr Ekpe Phillips,  made the recommendation in an interview with The  PUNCH in Abuja on Tuesday.
The  Federal Government had claimed to have received a report on how Bobrisky allegedly caused a stir at the Nnamdi Azikiwe International Airport in Abuja when he used a female toilet.
But Philips, a consultant gynaecologist and specialist in reproductive health, said a separate toilet facility would be better for people in same category as  Bobrisky.
Philips said, “Nigeria is anti-gay and this was what worked against ex-President Goodluck Jonathan while the West went against him. Nature has already identified who is who and you cannot now choose to be who you are.
“So, in my own view, it is not about Bobrisky feeling he is a woman, it is about others knowing that he is not a woman. They have to create another toilet or another place for those who were born men and decided to say they are women and those who were born women and decided to be men. These are people that can function in that type of life.
“The only health implication is that he cannot function like the normal woman from birth, he doesn’t have uterus and womb. He still has ability to impregnate, if his penis is still there.
“With all due respect, some of these people are liars. Bobrisky could be doing those things for public image outside, meanwhile, he’s a full-blown man. He has not exposed the picture of his private parts for us to know that he actually did transgender.
“As doctors, we may not have an opinion because it is a controversial area. But what doctors identify is biological male and biological female. Those who are males and have a feeling that  they are females need psychological counselling. It is only when you are born a hermaphrodite that you can now chose the one you wish to be.”
Top Stories