How My Video Once Saved A Lady From Committing Suicide - Comedian, Bro Solomon Reveals


Nigerian online comedian, Bro Solomon has spoken about his life and career, revealing that his video once saved a women from suicide. 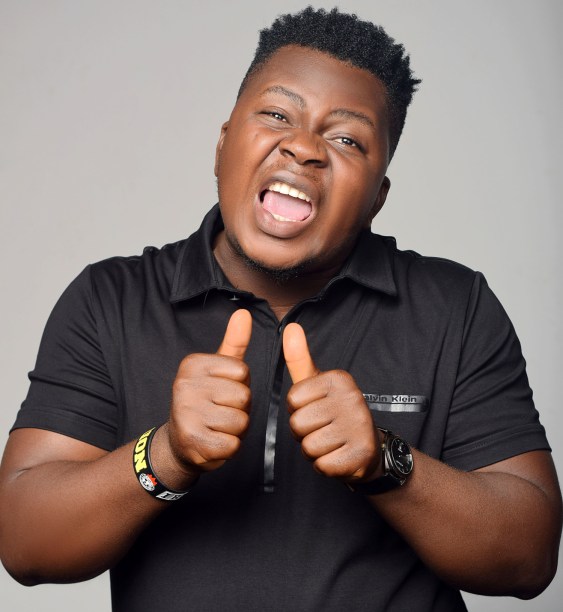 Bro Solomon
Onoruvie Godswill, aka Bro Solomon/Laughpillscomedy, is a comedian with a following of over 500,000 on Instagram. He tells TOLUWALOPE KAREEM about his journey so far

How did your journey into comedy start?

It started when no one was there to help me. I have always wanted to act. However, actualising the dream was very difficult. I remember back then, I used to go to movie locations to beg for roles, but I was always turned down.

I didn’t want my passion to die just like that, and it was in the course of thinking deeply about what to do that the idea of online comedy skits came to me. I tried it out and I realised it was a good one, so I delved into it fully and have been giving it my best since then.

How would you describe the experience of being a social media celebrity?

It has being an awesome experience. The major highlight, for me, is being able to touch and impact on people’s lives with my skits. I get a lot of praises and positive feedback from people, which makes me delighted.

I have got a lot of testimonies from people on account of my skits. There was a time a lady called me and told me she was going for an operation. She was really scared and nervous, and had already given up on life. However, before the operation, she was going through her Instagram page and suddenly, my video popped up and she watched it. She said she laughed so hard and felt relieved. The fear she had before the operation abated and at the end of the day, the surgery was successful.

A girl also once told me that she had wanted to end her life because she was in a bad situation with her boyfriend, until she came across one of my videos online. She then watched others and laughed so hard to the point that she forgot about the situation she was in and what she was planning to do. She eventually sent me a sum of N20,000. There was also a time a fan gave me N100,000— he said my contents always got to him and made him laugh, so he decided to appreciate me. Getting feedbacks like that make me so proud of myself. Also, I feel happy whenever I go out and people recognise me.

However, I believe I am not a celebrity yet. I’m still working hard to get to that point. But, with the little I have attained, the experience has been interesting.

You are known for your distinct facial expressions, and at the end of your skits, you always pull your slippers and run. How did that become a feature in your skits?

My facial expressions are usually determined by the situation at that moment. The expressions balance the skits and make them funnier. In my skits, I mostly happen to be in one situation or the other which would warrant me needing to escape, so I always have to run away at the end. It started from one of my skits where, based on the script, I was a youth leader and I impregnated my pastor’s daughter. During the service she had come to testify and it was discovered that I was responsible for her pregnancy, so I had to run away. The video went viral and I got a lot of praises for the way I ran. I then adopted that style and it has since become a trademark.

How do you get ideas for your skits?

Most of the ideas are based on reality— things that happen around me and things I watch. I talk about real life situations and make them funny, while at the same time, passing messages for people to learn from.

For example, one of my skits addressed how people react to infidelity in marriage. When a man cheats, it is not considered a sin; rather, he would even be applauded. But, when the woman cheats, she is disgraced and stigmatised. In that skit, I was able to pass the information that everybody’s feelings should be respected. A man shouldn’t be praised for something that is clearly wrong, and vice versa. Because of this skit, a king invited me to his palace and told me that he really appreciated the concept.

Above all, my ideas are a product of God’s grace

What are some of the weird requests and comments you get from fans?

Some are encouraging, some are funny, and some are annoying. Whichever way they come in, I look for a proper way to respond. If a comment is really annoying, I would rather ignore. One of the annoying comments I’ve got was when someone told me that my skit was rubbish. I had just uploaded a video that day, and I am sure the person didn’t even watch it, because within 27 seconds, he commented, “This is a rubbish video. Oga, go and look for a better job”. I deleted it because that is what I do whenever I get such comments.

On the other hand, I get beautiful and encouraging comments from people too.

How do your fans react when they see you?

There was a day I was strolling and a car passed by. Immediately the person recognised me, he was so happy and he had to come down to take a picture with me. Also, over the weekend at a wedding, a lady wanted to tell me that she was a fan but she was probably scared or shy. Suddenly, someone pulled her to me and said she was my biggest fan. The lady just kept smiling and told me how she liked my work. She also asked to take a picture with me. Even before she completed the statement, I already positioned myself for the picture.

Here in Benin (Edo State), my fans react in really funny ways when they see me. Some of them would hail me and tell me that they are subscribed to my YouTube channel and other social media pages. They would then ask me for the money they allegedly spent on subscription.

Have you ever blocked anyone on any of your social media pages?

Yes, I have; but, it’s not something I like to do. However, if the negativity is on another level, I would block the person to avoid seeing bad comments that could affect my day.

You recently completed your National Youth Service Corps programme. Do you have plans of getting a white collar job?

I don’t have plans for that, although, it is very important to think ahead and have something else on the side. As you know, this job is done online and anything can happen. You could wake up one day to realise that your verified Instagram account had been hacked. I have plans to venturing into the media industry because I would love to be an on air personality.

How much effort goes into producing your skits?

This job requires a lot of thinking and one has to be unique to give the best to fans.

When it comes to making my videos, I do the work myself. I shoot and edit the videos, and it has been really challenging because it takes a lot of time. Also, my skits usually involve two or more people, so I have to look for people who would be interested in featuring. I have to pay their transport fares, feed them on set and do other little things to appreciate them.

I am still amazed because it has been by the grace of God. Also, with the help of people, I have been able to grow my fan base. When I started posting videos, a particular Instagram page, @laughnigeria, used to repost my videos, and whenever they did that, I used to get more followers. At that time, they were one of the biggest pages that used to repost my video.

I have never paid for any sponsored advertisement on Instagram. It is God that has been putting me in the hearts of men, and giving me content.

Which of your videos made you famous?

The video that made me famous was shot in 2017. In the said video, my character was complaining about the hardship in the country, and made up his mind to kill himself. Then, he lay on the road waiting for a trailer to kill him, but immediately he heard the loud horn of a trailer, he immediately got up and ran away.

What are some of the challenges you face?

I wouldn’t say I have faced any major challenge, because I do not dwell on things like that. I don’t allow things get to me. However, I think one of my biggest challenges was trying to grow my fan base when I started.

Recently, there was a trending skit of a little girl who imitated your style. What advice do you have for young talents like her who want to be like you?

My advice to the young ones, especially a girl like that who is really passionate, is to never give up on their dreams and keep on doing what they know how to do best. There is a period when you may not be recognised, but be rest assured that there are people out there secretly admiring what you do. Never relent but keep on working hard.

Most importantly, always put God first in whatever you do.
***
Source: Saturday Punch
Top Stories