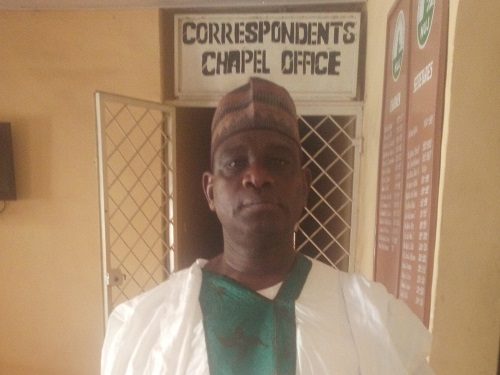 Siddin Sarkin Kano, Alhaji Auwalu Maja
Siddin Sarkin Kano, Alhaji Auwalu Maja has confirmed that he was sacked by Emir of Kano, His Highness Muhammad Sanusi II for honouring Kano Governor Abdullahi Umar Ganduje during the march for his tribunal victory.
According to TheNation, Maja revealed this on Monday while speaking with reporters.
Maja alleged he has been relegated to the background since the emergence of Sanusi, saying his hard work was not commensurate with what he gets.
Recalling the incidents that led to his sack, he said: “When Governor Abdullahi Umar Ganduje returned to Kano after two weeks of official trip with President Muhamamdu Buhari, last Wednesday, I was one of the people that joined the mammoth to welcome him.
“On that fateful day, I presented a regalia and the portrait of the late Emir of Kano, Sarki Ado Abdullahi Bayero to Governor Ganduje to show my excitement and joy as I joined the good people of Kano state to celebrate with him over his victory at the Tribunal.
“It was that singular action of mine that prompted the current Emir of Kano, Muhammad Sanusi 11 to give a verbal instruction for my dismissal and vacation from my official residence where I have lived for over 20 years.
“When they conveyed the Emir’s instruction to me, I immediately complied and vacated the residence. This is the third time I have been asked to vacate that office!
“Apart from that, I was also asked to hand over the keys of my office to another person as well as, all other properties belonging to the Palace and I complied.
“By virtue of my assignment, I used to work with Shamaki (the head of the Place Guards) directly. It was the Shamaki, Alhaji Wada Najalo that carried out the Emir Sanusi’s instruction to sack and dismiss me from the Palace.

“Based on the instruction given to me to hand over all the properties of the Palace, I asked my boys to bring out all the Palace properties under our care and present them to Shamaki, which they did.
“However, my utmost concern is that since the coming of Emir Sanusi, I am being relegated to the background.My official assignment is a tedious one which I carried out religiously but my hard work is not commiserated with my welfare.
“I have no personal animosity against Emir Sanusi or anybody in the Emirate. They humiliated me because I honoured Governor Ganduje. Now my appeal to the emir is restore my position.”
Top Stories