The story has been told of a Nigerian man, Abdullahi who has been in DSS detention since 2013 without trial. 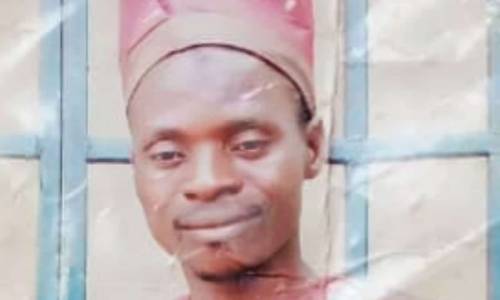 The horrifying story of how a Nigerian citizen, Mr. Abdullahi Ahmadu, has been in the custody of the Department of State Services (DSS) since 2013 without access to the court or family members has been exposed.

According to sources Ahmadu has been in the detention of the State Secret Service for all these years without trial, access to family and friends as well as adequate medical attention.

This was further confirmed in suit filed on behalf of the Ahmadu by his Counsel to enforce his fundamental human rights with accompanying affidavit in support of the application by two witnesses alleging torture, inhuman and degrading treatment, PRNigeria reports.

The case is to come up on October 15 (today) before the Federal High Court, Abuja with the notice of application for order enforcing a fundamental human rights of the plaintiff in pursuant of the relevant sections of the Nigerian constitution and of the African Charter on Human and Peoples Rights.

Already, the court has entertained an order brought by Ibrahim Hassan and Afolabi Omotoso, the counsel to the applicant, to compel the DSS that “his counsel and relatives be allowed access to him”.

But following the absence of the DSS as well as its counsel, the Court ordered the DSS to allow Ahmadu access to his counsel and his relatives.

In the substantive suit, the counsel to the applicant sought about six reliefs including a declaration that the arrest and continuing detention of citizen Ahmadu since 2013 for “any reason or order of Court whatsoever, or for any offence whatsoever without trial is unlawful, inhuman, unconstitutional and an unjustifiable infraction of the fundamental human rights of the applicant as enshrined and guaranteed under Section 34 (1)(a) and 35(1) of the Constitution of the Federal Republic of Nigeria 1999 (as amended) and Articles 2, 3, 4, 5, 6 and 7 of the African Charter on Human and Peoples Rights (Ratification and Enforcement) Act CAP LFN 2004 respectively”.

The counsel also sought the court to declare that the alleged “torture, cruelty, inhuman and degrading treatment being” meted continuously on citizen Ahmadu by the DSS has resulted in extensive damage to his psychology, social and emotional being, and therefore, unconstitutional and violation of his right to dignity of human person.

To this end, the court was prayed to order DSS to not only release Ahmadu from detention but to pay N60 million compensation in addition to a public apology for the “unjustifiable, unlawful and continuous detention of the applicant for about six years now and still counting”.

In the same vein, the DSS must be compelled to pay another N50 million to Ahmadu for the “torture, inhuman and degrading treatment being meted” out to him while in detention as well as an order restraining the security agency, their agents privies, servants, however described from further arresting and detaining the applicant.

The reliefs were sought on the ground that apart from the fact that the Ahmadu is a Nigerian with fundamental human rights, he is in DSS' custody without any justification, as no charge was preferred against him in any court of law in respect of any crime or offence, and no order was obtained from any court of law to justify his continuous detention.

The lawyers also argued in the suit that the DSS and their agents have no power or right to use their positions to arrest/or detain the applicant without any just cause/order to court and beyond 48 hours period, and that the arrest and detention of Ahmadu constitutes a breach of his fundamental right to freedom of movement, liberty, dignity and right to cair hearing as enshrined in sections of the constitution and African Charter.

For Ahmadu, life was so dark and hopeless until he met one of the witnesses, Mr. Afiz Jamiu, in the DSS custody between April 16 and May 10, 2019.

Jamiu said in affidavit that his detention and subsequent freedom from the DSS' facility offered a ray of hope to Ahmadu who narrated his ordeal and asked that he help reach out to his family.

Prior to Afiz’s intervention, Ahmadu’s family was unaware of his fate or whereabouts as whether he was missing or dead.

Afiz claimed that Ahmadu who is also acknowledged and known as Kudi Banza Banza had in the DSS cell in Abuja at about 3 pm on April 16 this year narrated his harrowing experience in the last six years.

According to him, Ahmadu is a plumber, borehole driller, vendor and a contractor behind Lafia East Primary School, Nasarawa State, who also bought and sold land and household property.

He said Ahmadu’s trouble started on August 20, 2013 when he was called on phone for a borehole job at a location in Lafia and on getting to the meeting point, he met about four people who grabbed, blindfolded and bundled him to a place he later found out was the DSS Headquarters in Abuja.

“Upon his arrival at the DSS Headquarters, he was asked to write down his name and subsequently, whether he knew of an old man, a herbalist in a particular town outside Lafia town of which he answered in the negative, saying he neither knew the herbalist nor the town. It was at this point the DSS operatives told Ahmadu that the said herbalist used native medicine to kill one Police officer,” Afiz testified.

Speaking further, the depodent said upon his narration, he asked Ahmadu if he does a business of which he might have been set up by his business partner.

It was after this prodding that he disclosed that he did business with just one friend whom he gave land document few days before his arrest and detention, “to deliver same to a buyer and collect in return N5 million” but had neither seen nor heard from the said friend or any one at all since his detention.

"After staying in the cell with him (Abdullahi Ahmadu) for one week and upon noticing that I was being frequently called out to receive visitors, he told me that he suspected I could be released soon. Therefore, he gave me three mobile numbers with which to contact his family upon my release. That three numbers belong to one of his wives, one of his son and another person staying in Masaka,” Afiz added.

Afiz further revealed that upon his release, he narrated the story to one of his brothers who helped to call the contacts and explained Ahmadu’s ordeal to them.

To this end, the younger brother to the applicant, Mr. Adamu Adamu, who was contacted also deposed to an affidavit in support of the court application.