Busted! Fake NGO Coordinator Posing As A Lawyer In Ekiti Finally Gets Nabbed


A fake NGO coordinator who poses as a lawyer in Ekiti state to dupe people has been nabbed. 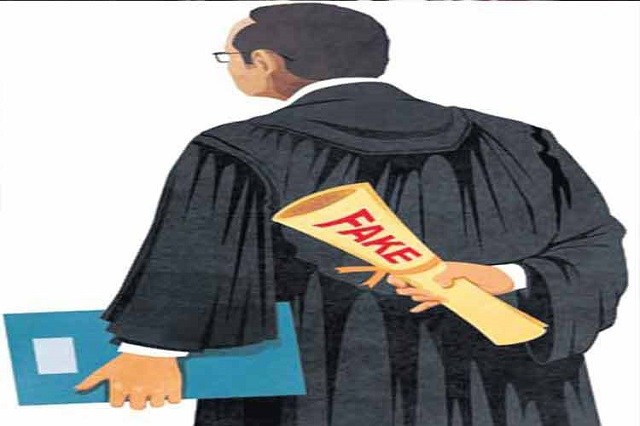 The police in Ekiti State have arrested a suspected fraudster, Eniola Adeyemi, for allegedly posing as a lawyer to dupe unsuspecting Nigerians, Punch Metro reports.

The state Commissioner of Police, Mr Amba Asuquo, said the suspect, a native of Ayetoro-Gbede in Yagba, Kogi State, falsely presented himself as the coordinator of a non-governmental organisation, the Total Motivation Network, on the pretext of rendering legal services.

Asuquo, according to a statement by the spokesman for the police in the state, Caleb Ikechukwu, stated that the suspect, in July 2019, posed on Facebook as a legal practitioner in full regalia, which he used as his display picture.

The police boss stated, “He falsely presented himself as the coordinator of an NGO, the Total Motivation Network in Nigeria.

Asuquo said some persons paid thousands of naira to the suspect, thinking they were assisting the NGO, adding that Adeyemi would be charged on completion of  the investigation.