As many as twenty sealed coffins which were buried some thousands of years ago have been found in Egypt. 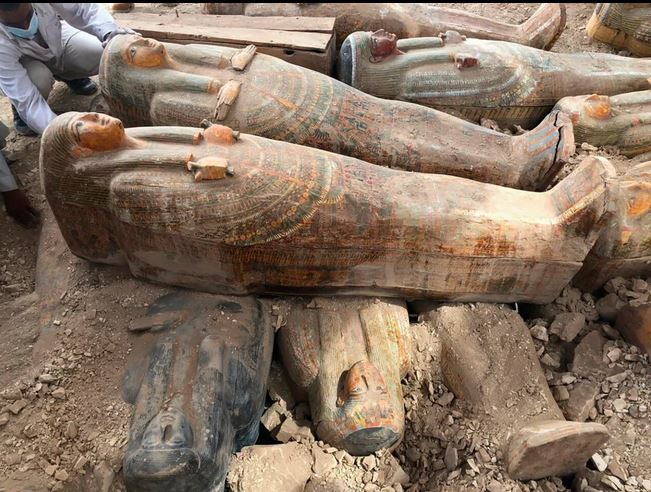 An incredible haul of 20 perfectly preserved coffins have been found "as the Ancient Egyptians left them" near the city of Luxor.

The sealed wooden sarcophagi feature rare intact engravings and even colouration that has survived thousands of years since they were buried.

The find has been hailed one of Egypt's "largest and most important discovery in years" by the country's Ministry of Antiquities. 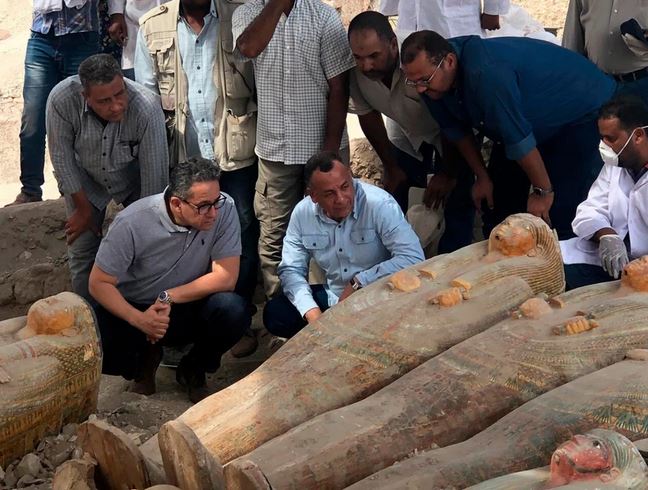 A brief statement from the ministry released Tuesday said archaeologists found the coffins in an ancient necropolis – a giant cemetery used by the Egyptians for many centuries.

Located in the ancient town of West Thebes, the site includes tombs dating back to the Middle, New Kingdom and the Late Periods (1994 BC to 332 BC).

Experts have provided few details about the new find, but photos from the ministry show coloured coffins with inscriptions and paintings. 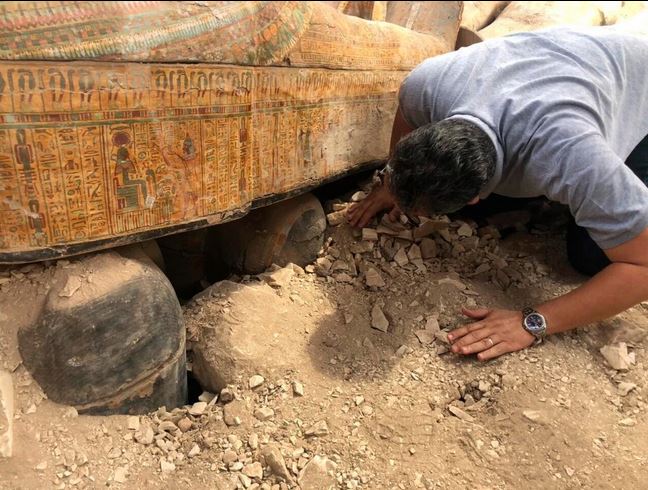 The ministry promised to release further details at a news conference on Saturday.

According to CNN, the coffins were spread out over two levels of a large tomb in the Asasif Necropolis.

Rich nobles and powerful officials were given elaborate burials in Al-Assasif during pharaonic times.

The site once formed part of the ancient city of Thebes, the ruins of which are found in present-day Luxor.

It's expected the coffins will be opened some time in the near future, sparking fears over a "curse of the pharaohs". 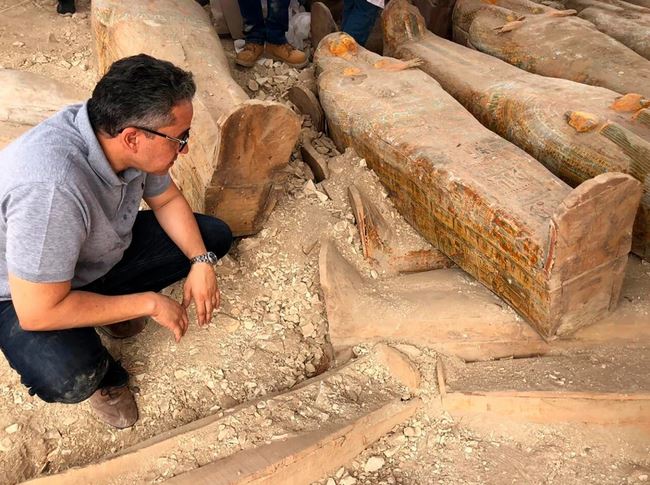 Some people believe the alleged curse will affect anyone who disturbs mummified remains of an Ancient Egyptian person.

The mythical jinx is not said to differentiate between archaeologists and thieves and is said to cause bad luck, illness or even death.

It is often connected to King Tutankhamun and the people who died after opening his tomb.

It is currently unknown whether any Egyptian remains lie within the newly found coffins, nor how old they might be.

Egypt has sought publicity for its archaeological discoveries in the hopes of reviving its faltering tourism sector.

The country's tourism industry was badly hit by the turmoil following the 2011 uprising.