A teenage girl has opened up on how she became pregnant after her father and brother slept with her. 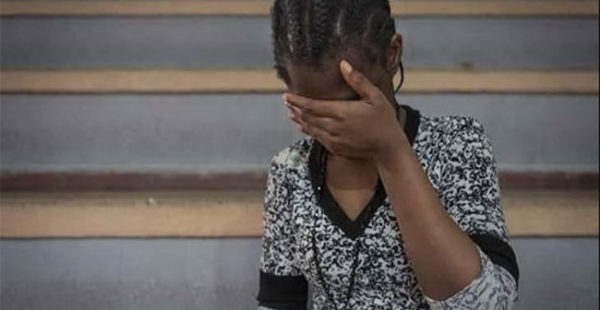 File photo
A 17-year-old girl narrated her emotional trauma and how her biological father and elder brother had sexually molested her several months and eventually got her pregnant.
PM Express reports that the embittered victim told the Court that after several months of sexual assault, she became pregnant and both denied responsibility of the eight months pregnancy.
Following the frustration, the victim reported to the Police and her 72-year old father, Ibrahim Danlami Yunusa, was arrested and charged before the Magistrate Court in Gombe for allegedly molesting her severally and impregnating her, while her elder brother absconded and is now at large.
The girl’s father was arraigned on a two-count charge under Sections 390 and 282 of the Penal Code for allegedly having carnal knowledge of his 17-year old daughter on several occasions in 2018 and early 2019.
The complainant also accused her elder brother who is now at large of molesting her repeatedly between December, 2018 and January, 2019, almost at the same period her father did same to her.
The girl, while pleading her case before the Bolari Area Court, said her father started having sexual intercourse with her after she reported to him that her elder brother, Yusuf, was sneaking into her room at night to have carnal knowledge of her.
The girl also stated that anytime she attempted to resist her father’s illicit demand, he threatened to disown her.
She decided to report the duo to Court when she noticed that she was pregnant and both of them refused to take responsibility.
“My father and my brother have slept with me several times which led to this eight-month pregnancy. I informed them and all declined to take responsibility, therefore I decided to report them to Court” she said.
The accused, when asked by the Bolari Area Court, denied the allegation, saying a taxi driver that once had an affair with his daughter should be held responsible for the pregnancy.
Yunusa also said his son was innocent of the accusation, saying when the girl’s pregnancy was confirmed, her brother was not in town.
He did confirm, however, that she once informed him that her elder brother was sleeping with her. He further told the Court that he gave the girl’s mother, who was his ex-wife, money to abort the pregnancy.
Daurabo Suleiman Sikam, who presided over the case at Chief Magistrate Court 10, adjourned the case until 13th November 2019, to allow the Police to conclude their investigation and seek legal advice from the State’s Ministry of Justice.
She also ordered the accused person to be remanded in prison custody.
Top Stories

'Dear Men, Be Careful Of Girls You Sleep With This December, Some Are Walking Native Doctors' - Deji Adeyanju Warns
Recent Stories