The General Overseer of Hilltop Believers Assembly Nigeria Incorporated in Delta State, Apostle Alfred Tseye-Okotie has said many churches in Nigeria are fake. 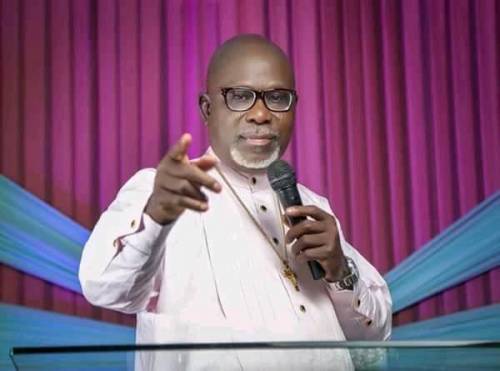 Nigeria, Africa's most populous nation, is being ruled by 'agbero' leaders, SaharaReporters reports.

That is the view of the General Overseer of Hilltop Believers Assembly Nigeria Incorporated in Delta State, Apostle Alfred Tseye-Okotie.

An 'agbero' is a popular Lagos tout infamous for extorting commercial drivers and sometimes passengers.

His main responsibility, at Lagos motor parks and bus stops is to get passengers to board a vehicle.

"In the US, look, all their leaders are educated," Tseye-Okotie told journalists. "Once you impeach them, they fall back to their jobs."

President Muhammadu Buhari was dragged to court by his critics for not possessing an educational qualification he claimed to have.

There many prominent Nigerians enmeshed in certificate scandals, including the All Progressives Congress' National Leader, Bola Tinubu
when he was Lagos State's governor.

Continuing, the cleric said, "They're not the type of 'agbero' we have as leaders here.

"If your votes can be bought for N500 you're an ignoramus."

Also, the church leader stated that the new minimum wage was another way of promoting poverty in the country.

He said, "The civil servants' N30,000 minimum wage is not worth a living wage. It is poverty.

"Paying a man with a wife and three children N30,000 is increasing poverty."

Explaining why he believed so, Tseye-Okotie said, "By the time you increase the minimum wage the price of goods will rise."