The suspect confessed that he was involved in the act because he did not have money to give to girlfriends who make huge demands on him. 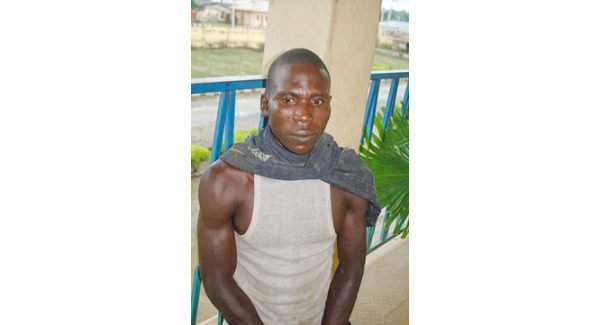 A man identified as Ahmed Isah has been arrested by he Niger state police command for allegedly defiling little boys with the excuse that he doesn’t get free sex from women.

The man was was arrested after Police received a report of an alleged defilement of an 8-year-old boy, whom he lured into his room and had sex with, The Nation reports.

According to him, he lures his victims with sweets, coke, and biscuits after the act of sodomy in order to keep them quiet and have not made any of them tell their parents about the act.

“I resorted to the act because I do not have money to give to women after sex and they are not willing to give it to me free of charge hence I resorted to having sex with under-aged boys in my area.

“My girlfriends and I separated long ago because I do not give them money after sex, they deserted me, saying that they will not give it to me for free.”

The Police Public Relations Officer, Muhammad Abubakar who paraded the suspect on Tuesday urged parents to instill confidence in their children and educate them on the dangers of submitting themselves to such dehumanizing act.

“We need to build the confidence of the children so that they can tell their parents anything or any challenge they are facing at any time. It is unfortunate and sad that a child will face such a situation without telling his parents”