Graduate, Myah Jagjivan has been scarred for life after a laser hair removal patch test left her with second degree burns. 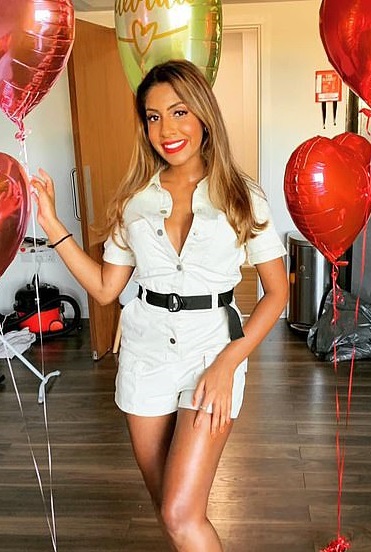 A graduate has been scarred for life after a laser hair removal patch test left her with second degree burns.

Myah Jagjivan, 22, had to go to hospital after her leg started blistering and ‘ballooning’ following the treatment.

And the ‘excruciatingly painful’ procedure has left her with eight thick marks on her right leg.

She claims she missed a month of her final year of university, suffered from low moods and now rarely wears dresses.

Miss Jagjivan said she had been a regular customer at Taylor Taylor Nails & Beauty in Sheffield and knew salon owner Carmen Singleton ‘well’.

‘She told me about laser hair removal which she was offering in a bundle – five sessions for £500,’ she said. The Sheffield Hallam graduate booked in for a patch test, but quickly suspected that something was wrong.

‘You’re meant to feel a prick but it burnt and I jumped out of my skin with pain,’ she said. ‘It almost felt like I’d had a heart attack. I asked if it was a normal temperature and she said I must be sensitive. She continued to punch the marks right up my legs like a staple gun.’ 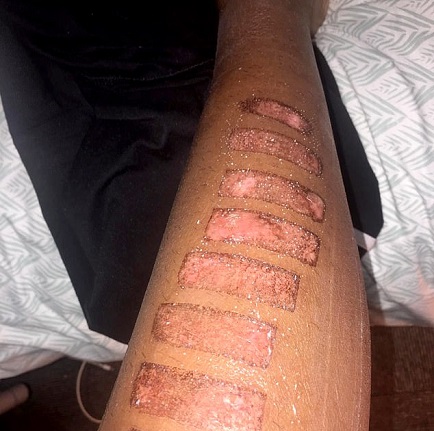 When Miss Jagjivan got home, she said, blisters began developing on her leg.

‘I went straight to A&E and they told me I had a second degree burn and dressed it. My whole leg was ballooning. The pain was excruciating, it was so painful. I was only 21 and I just wanted my mum,’ she said.

Miss Jagjivan said Miss Singleton said she was ‘so sorry’, ‘felt terrible’ and asked if there was anything she could do to help.

But she claimed the burn became so severe it turned black and the fluid had to be drained.

‘Prior to this I was an outgoing fun character who loved going out in tiny dresses, however I have been stripped of this privilege,’ she said.

Miss Jagjivan says she wants people to be aware of the risks of treatments such as laser hair removal. Under current legislation, people who use lasers for cosmetic purposes do not have to register with health regulator the Care Quality Commission.

‘The industry needs to be more regulated,’ she said. ‘The current system is not efficient enough.’