US President,Trump In Serious Trouble As Woman Who Accused Him Of R*pe Sues Him For Defamation


A woman who accused Donald Trump of r*pe has dragged the US president to court for alleged defamation. 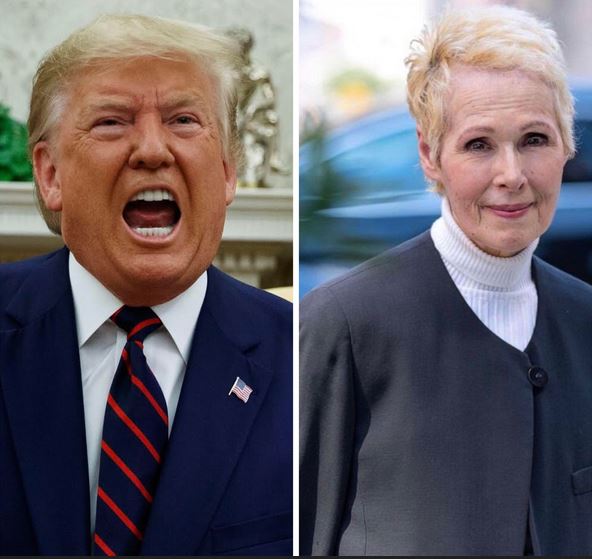 According to a report by Reuters, a woman who accuses Donald Trump of r*ping her more than 23 years ago in a New York department store sued the U.S. president on Monday over statements he made in June denying that the attack occurred and criticizing her for coming forward.

E. Jean Carroll, a longtime Elle magazine advice columnist, said in a complaint filed in a New York state court in Manhattan that Trump lied about attacking her, and “smeared her integrity, honesty, and dignity” by concocting a “swarm of related lies” to explain why she would make the incident up.

Carroll’s account of the alleged rape at Bergdorf Goodman on Fifth Avenue, which she said occurred between the autumn of 1995 and spring of 1996, had been published in New York magazine in June, excerpted from her memoir released the following month.

“The lawsuit is frivolous and the story is a fraud - just like the author,” White House Press Secretary Stephanie Grisham said in a statement. “The story she used to try and sell her trash book never happened, period.”

Carroll’s lawsuit followed statements that Trump made after her account was published, including that he did not rape Carroll and had never met her, and that she was “totally lying” as part of an effort to boost book sales.

“I’ll say it with great respect: Number one, she’s not my type. Number two, it never happened. It never happened, OK?” he told The Hill newspaper in Washington.

In her complaint, Carroll said the attack lasted two to three minutes, before she ran out of the dressing room and onto Fifth Avenue.

Carroll said in the lawsuit she soon confided in two friends, author Lisa Birnbach and former WCBS news anchor Carol Martin, about the alleged attack, but did not report Trump to authorities because she feared retribution.

She said she went public after accounts in 2017 of alleged sexual misconduct by Hollywood producer Harvey Weinstein, which he has denied, spawned the #MeToo movement.

“No person in this country should be above the law -including the President,” Carroll said in a statement provided by her lawyers.

Trump has denied accusations by more than one dozen women who said he made unwanted sexual advances against them years before he entered politics.

He also faces a defamation lawsuit by Summer Zervos, a former contestant on his television show “The Apprentice,” who claimed he kissed her against her will in 2007 in New York and later groped her at a Beverly Hills hotel.