The Blues could be freed to spend again in January, if a transfer ban is dropped by the governing body. 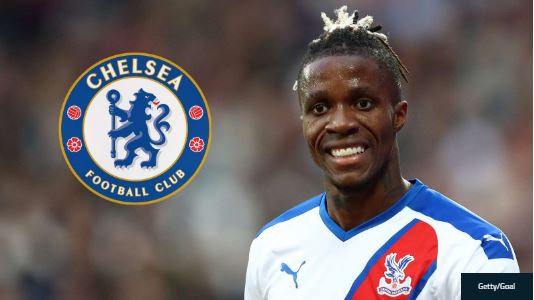 Chelsea are piecing together plans for a £150 million transfer raid for Wilfried Zaha, Ben Chilwell and Timo Werner, claims The Sun.

The Blues could be freed to spend again in January, if a transfer ban is dropped, and they are setting their sights on star turns at Crystal Palace, Leicester and RB Leipzig.

Chelsea midfielder Mason Mount has shrugged off claims from former Vitesse team-mate Mitchell van Bergen suggesting that he could become a transfer target for Barcelona and Real Madrid.

The Blues star has said: "My focus is on Chelsea and this is my first year, so I don’t look too far ahead."

Real Madrid look set to step up their interest in Jadon Sancho next summer.

Real are long-time admirers of the Borussia Dortmund winger, according to the Daily Mail.

Sancho has scored four goals in 11 appearances this season and has established himself as one of the brightest young talents in Europe since his breakthrough last year. Real were interested in signing him when he left Manchester City as an academy player in 2017, but he decided to move to the Westfalenstadion in search of senior football.

Now Real are reportedly laying the groundwork for a transfer, with Dortmund resigned to losing the 19-year-old. Manchester United and PSG are also interested, though Dortmund want a transfer fee in excess of £100m.