A loud commotion has set two houses on fire in a community in Rovers state, causing a serious stir in the area. 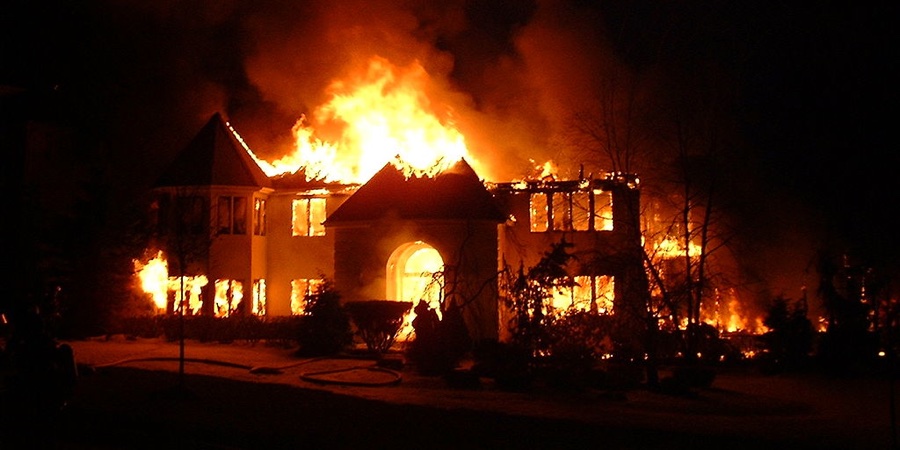 A report by Punch Metro has shown how a loud explosion, which happened inside a compound in Ozuoba, Obio/Akpor Local Governor Area of Rivers State, set a building and another close to it on fire.

Though sources said no life was lost during the explosion, which happened at about 5.30pm Thursday, the incident caused serious panic among residents of the area.

It was gathered that the explosion was caused by an illegal refining of stolen crude oil in the said compound.

Sources said the explosion caused a thick smoke within the place, a development that forced motorists to take alternative routes to their various destinations.

A source, who identified herself as Molly, said she saw thick smoke in the air near her residence and decided to find out what the problem was.

“I heard that there was an explosion where some people were said to have engaged in illegal refining of crude oil. This is madness; how would any person in his right senses do that?” Molly queried.

Confirming the incident, the state Police Public Relations Officer, said preliminary investigation revealed that the explosion was caused by an illegal refining of stolen crude.

Omoni explained that policemen had raced to the building, where the explosion occurred before finding out what led to the explosion.

He promised to make public the full details of the incident as soon as he was briefed by policemen, who he said were on the ground.

“I can confirm that there was an explosion. Our preliminary investigation reveals that a compound used in refining illegal product was affected by the explosion.

“Our men mobilised to the place and they were able to put out the fire and restored some level of normalcy. Details will follow up later. It happened this (Thursday) evening,” Omoni said.

Meanwhile, a fuel tanker fell on a road in Eliozu, Rukpokwu in Obo/Akpor Local Government Area of the state, causing heavy traffic jam.

It was gathered that the tanker driver lost control of the vehicle before it skidded off its track and hit the ground with its side.

The State Police spokesman, Nnamdi Omoni, could not immediately confirm the incident to our correspondent.