A woman has been caught trying to smuggle 2kg of gold hidden in her shoes across a border. 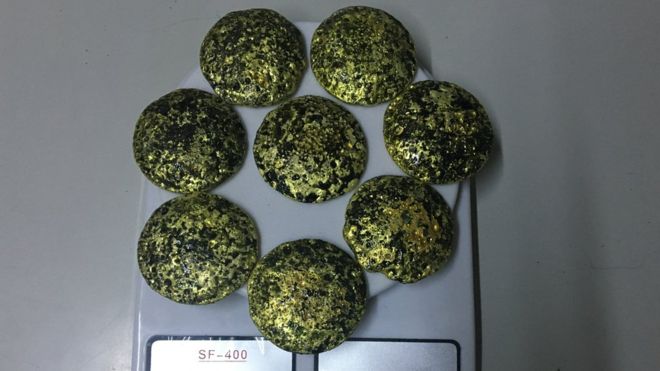 According to BBC, a woman has been detained for trying to smuggle gold in her shoes across Russia's border with China.

Using a metal detector, Russian customs officers discovered she had eight gold discs taped to the soles of her feet.

The Russian national seemed "nervous and suspicious", said Marina Boyko, a customs spokeswoman at a border post near Chita in eastern Siberia.

She "unnaturally placed one foot in front of the other", which roused the suspicions of officers.

The woman was smuggling the gold for a Chinese citizen, the statement said. Officers have launched a criminal investigation.

Authorities in Russia's Zabaykalsky-Krai region have detained a number of people this year who have tried to smuggle gold to China, the statement said - including one Russian caught allegedly trying to move 10 gold bars across the border in their trainers.

Gold mining is big business in resource-rich Siberia. A dam collapsed at a mine in the Krasnoyarsk region in October, killing at least 15 people.