23-year-old Abbie Nesbit, lost her pregnancy after an intruder broke into her home and flung her across a table in rage which caused her to water to break at 13 weeks. 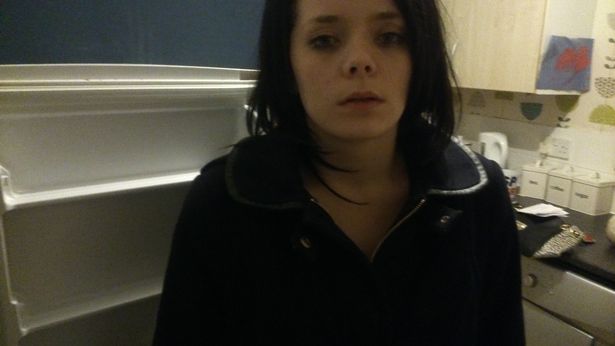 A mum-to-be lost her first baby after an intruder allegedly battered her when he forced his way into her home.

Abbie Nesbit, 23, from Runcorn, Cheshire, said a thug broke into her house and flung her across a table in a rage which led to her water breaking when she was 13 weeks pregnant.

Medics found no liquid around the baby in the coming weeks, and Abbie gave birth to her stillborn son Jamie at 20 weeks.

She was distraught to find her attacker was only charged with assault because Jamie died at less than 24 weeks.

Now Abbie wants to change the law to protect other mums who lose their babies in brutal attacks.

She said: “It won’t help us, but at least baby Jamie will have a legacy forever.

“We want to protect women and unborn babies.

“Who is someone else to prevent that pregnancy from going any further.”

Jamie was buried in a tiny white coffin, scattered with blue and white flowers and carried by his dad.

Abbie’s attacker was charged with assault, but as Jamie was less than 24 weeks’ gestation he couldn’t be linked to the death.

At the time Abbie was too devastated to go to court, and the case has now been discontinued by the CPS.

“I had a scan before the attack, and his brain was perfect,” Abbie said.

“After the incident my waters were leaking.

“How is this allowed?”

Now the family is campaigning to change the law.

Currently thugs who assault pregnant women - and cause them to lose their babies - can be charged with child destruction, if the baby is after 24 weeks gestation.

Dad Luke, who launched the petition, said: “How many more people have to go through this before something is done about it?

“You go to funerals and the coffins are usually massive, but when you see one that’s that small it hits home.

“This law needs to be in place to protect our children.

“We always say how much our children mean, and even the unborn ones need our protection.

“It’s devastated our family - we’ve lost a family member, we’ve lost so many things we could have done together.

“It would also help victims of domestic violence, I want to give them a voice.”

But the family are clear they don’t want it to impact the abortion law.

“It’s got nothing to do with that as far as I’m concerned,” Abbie added.

“If you plan to keep a pregnancy who is someone else to prevent that.”

Cheshire Police confirmed officers attended a domestic disturbance in Runcorn at 5am on August 11.

Police said a man was subsequently charged with two counts of assault by beating in connection with incident.

"The case against him has since been discontinued by the CPS," a spokesman added added.