Recall that recently, there was a fire incident not too far from the scene of this incident when a tanker spilled its contents. 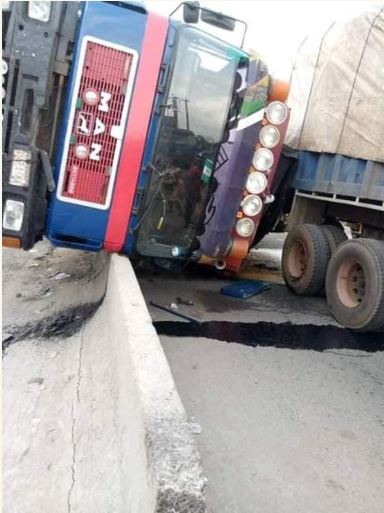 It seems to be a season of fire incidents and trucks rolling over in collisions, as yesterday, 17th November at about 9:am, there was an accident involving two trucks along Owerri/Onitsha Expressway by Tarzan junction, Onitsha.

The accident was said to have occurred when a M.A.N tanker with Registration number XG 624 DKA conveying diesel lost control and fell on another articulated truck conveying goods heading towards the opposite direction thereby causing the diesel to spill on the road.

The police patrol teams, Anambra State Fire Service and other security agencies responded promptly and Scene was effectively condoned off the area from people, who may want to fetch spilled diesel, in order to avert any calamity.

This caused a traffic gridlock but and traffic was diverted to a safer direction, while the diesel was successfully trans-loaded by NUPENG officials without any casualty recorded, after which a tow truck was used to lift the fallen truck the right side up and the situation was brought under control and obstructions cleared to enable free vehicular movements in the Area.

Meanwhile,the Anambra State Commissioner of Police CP John B.Abang, fdc has ordered for a full scale investigation in order to ascertain circumstances surrounding the incident. No casualty was recorded.

Recall that recently, there was a fire incident not too far from the scene of this incident when a tanker spilled its contents and caused a fire at Ochanja/Menax markets.

Naijadriva can confirm that the Onitsha/Owerri Road(a Federal Road), Onitsha section, is in a deplorable state. From Tarzan junction to Awada Obosi is bad and causes to heavy traffic jam. Tricycle operators and vehicles alike drive one way, which compounds the problem.

Naijadriva advises motorists coming from Owerri/Ihiala/PH axis, to use the Obosi Bridge and pass through Obosi and negotiate through EzeIweika Road to avoid the Upper Iweka, Onitsha hold up. 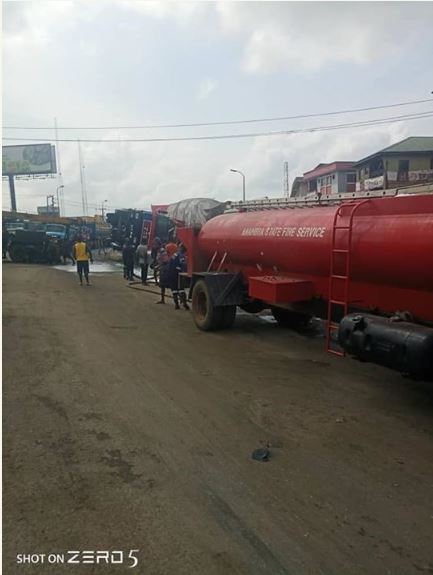 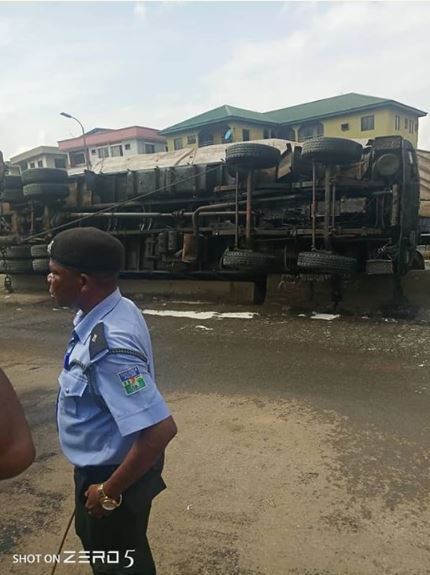 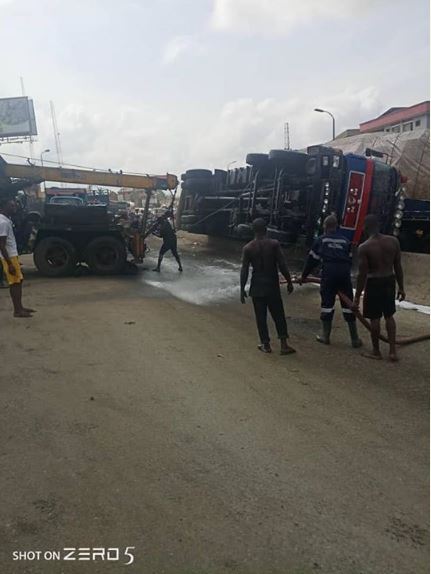 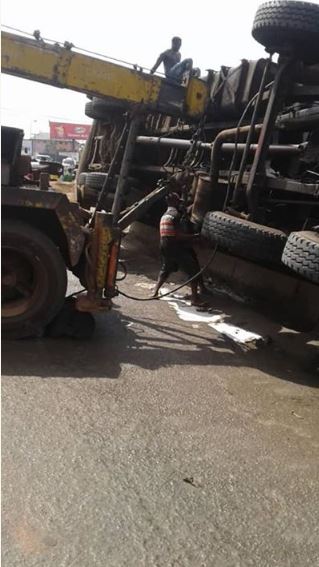