According to Dr Rahman Adedoyin private tertiary institutions do not need any kind of support and intervention from the government. 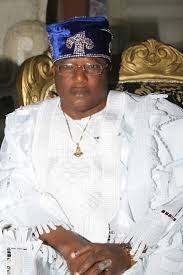 The proprietor of Oduduwa University Ipetumodu (OUI), Ile-Ife, Osun, Dr Rahman Adedoyin, on Sunday said that private universities and polytechnics in Nigeria do not need any kind of support and intervention from the government.

He contended that since owners of private educational institutions have the independence of charging tuition fees and generating revenues, they should be able to cater for their needs, most especially in providing qualitative education to their students.

Adedoyin, who spoke during a chat with the Nigerian Tribune in Ile-Ife said “I am one of those people who say we don’t need government’s intervention or money. That is also the argument of government. They (government) said private universities charge any amount of money they like as fees and they should not expect the government to give them money after this.”

“Government can only intervene by sponsoring students who want to attend private universities, but do not have the means. By doing that, the government will be helping the private universities directly or indirectly to increase the enrollment figures. The money should not be given in cash to proprietors.”

While describing the establishment of private universities and polytechnics as a lucrative business, he observed that gestational period, regarding profit margin for such educational ventures, maybe up to 15 to 20 years.

Commenting on the upsurge in sex-for-grades in universities, Adedoyin heaped the blame on provocative dressing by students, parents and management of higher institutions, including moral decadence in the society.