8 Implications Of Kogi/Bayesa Elections In Nigeria


A Nigerian who goes by the name 'Engineer' has drawn some interesting conclusions from the gubernatorial elections in Kogi and Bayelsa States. 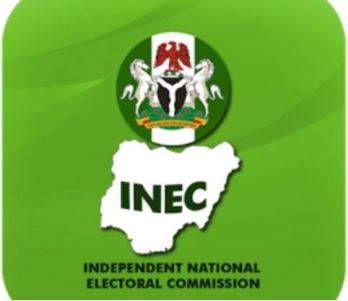 Nigeria, a country endowed by God, would have become one of the best countries in the world. But since her independence, her leadership has been her Nightmare.

In 1999, over 20years ago- Nigeria returned fully back to democracy, but still, the leaders have been terrible.

Democracy, where the will of the people should be the hallmark has been destroyed by power mongers, so Nigeria democracy can be termed as autocracy.

Looking back, we saw the inglorious election of Morris Iwu, but we develop gradually during the time of Professor Attahiru Jega, because we knew our vote counted then. But the recent INEC under Mahmoud has conducted elections that are taking us backwards.

Two days ago, the election conducted in Kogi and Bayelsa, has raised eyebrows, because of the impunity, rigging, killings, security agencies compromise etc.

Listed below are 8 implications on Nigerians:

1. In the future elections, there will be voter apathy.

because voting is like wasting our time and risking our lives, because, at the End, Power-that-be determines the Winners, people won't come out to vote again

2. Politicians will more take election as war because they will always want to march fire for fire..forget about the ceremonial peace accord

3. Thuggery will be more lucrative

Going by the recent elections, I wonder how these thugs and hoodlums that are used are empowered with arms and ammunition, vehicles, and I know they will smile to Bank

4. Many people become hopeless in Nigeria:

It's a fact that, with this show of shame, people become hopeless about having good leaders who can transform our country

5. Good people will run away from politics:

Yes, I have seen many people who don't want to talk on politics, because it's traumatic to them

6. Governors won't bother to perform to be reelected:

This is true because if I can't talk on anywhere I can talk on Kogi, it is a place I do visit. I almost cry whenever I visit, but at the end, the Governor won with wide margins..you know more!!!

I know many people who still think they are dreaming, because they believe so much in Buhari's integrity, and wonder what is happening in his era?

Its another implication because in all these elections, the thousands of hoodlums that were empowered won't want to be idle, so they start arm robbery or kidnapping.