EFCC gives detailed explanation of how fraudster, Hope Olusegun Aroke aka H-Money carried out his illegal trade inside the Lagos prison where he was carrying out his 24-years sentence. 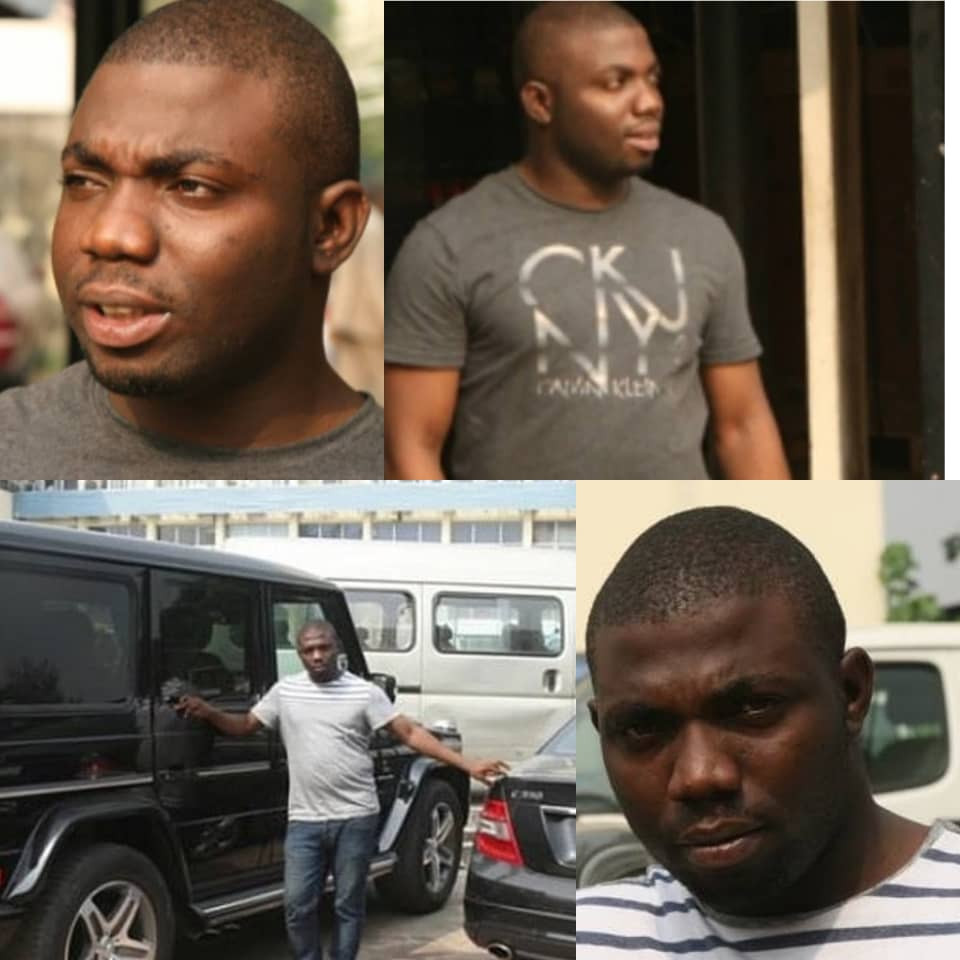 EFCC has given shocking details of how convicted internet fraudster, Hope Olusegun Aroke  aka HMoney, continued to carry out his illicit trade right inside the maximum prison Lagos where he was carrying out his 24-years sentence.

In a statement released today November 19th, EFCC spokesperson, Wilson Uwajuren, said Aroke left the prison severally to meet with his wife and two children, as well as attend parties in the state. Read the statement below

“He allegedly pulled the heist right from prison using a network of accomplices, some of them targets of fraud and money laundering investigation.

The lid on his latest fraud exploits from the bowels of the Maximum Correctional Centre was blown following intelligence received by the EFCC.  The immediate riddle that confronted the EFCC was how it was possible for the convict to continue to ply his ignoble trade of Internet fraud from prison.

Preliminary investigation revealed that the convict, against established standard practice, had access to internet and mobile phone in the Correctional Centre where he is supposed to be serving his jail term.  Even more puzzling was the finding that Aroke got himself admitted to the Nigeria Police Hospital, Falomo, Lagos for an undisclosed ailment. And from the hospital, he would move out to lodge in hotels, meet with his wife and two children and attend other social functions.

The circumstance of his admission into the hospital and those who aided his movement from the hospital to hotels and other social engagements is already being investigated by the EFCC.  For a felon supposedly serving a jail term, investigation revealed that the Aroke used a fictitious name, Akinwunmi Sorinmade, to open two accounts with First Bank Plc and Guaranty Trust Bank Plc.

He also bought a property at Fountain Spring Estate, in Lekki, Lagos in 2018 for N22million and a Lexus RX 350 2018 model registered in his wife’s name, Maria Jennifer Aroke. The convict was also in possession of his wife’s bank account token in prison, which he used to freely transfer funds.

Further investigation revealed that, while his trial was ongoing in 2015, Aroke bought a four bedroom duplex at Plot 12, Deji Fadoju Street, Megamounds Estate, from Lekki County Homes, Lekki  for N48million. Aroje was one of the two Malaysia-based Nigerian undergraduate fraudsters arrested by the EFCC in the closing weeks of 2012 at the 1004 Housing Estate, Victoria Island, Lagos following a tip-off.

The indigene of Okene, Kogi state had claimed to be a student of Computer Science at the Kuala Lumpur Metropolitan University, Malaysia. “But the Commission’s investigation fingered him as the arrow head of an intricate web of internet fraud scheme that traversed two continents.

When Aroke was arrested, a search conducted by EFCC operatives on his apartment led to the recovery of several items such as laptops, iPad, travelling documents, cheque books, flash drives, internet modem, and three exotic cars – a Mercedes Benz Jeep, One 4Matic Mercedes Benz Car and a Range Rover Sport SUV.

He was eventually convicted by Justice Lateefa Okunnu of a Lagos State High Court on two counts of obtaining money by false pretence, cheque cloning, wire transfer and forgery.

He was sentenced to twelve years imprisonment on each of the two counts''.