Jibrin however, dispelled insinuations that the BoT passed a vote of no confidence on Secondus. 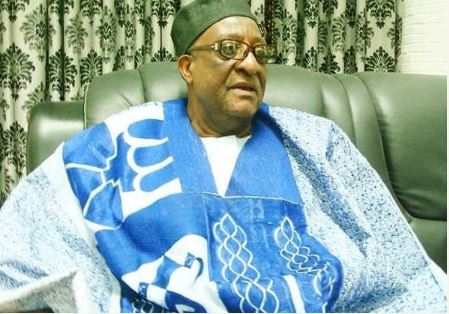 The Board of Trustees of the Peoples Democratic Party yesterday asked the National Working Committee to probe those who worked against the interest of the party in Bayelsa and Kogi governorship elections last Saturday.

Speaking with Daily Trust after the BoT meeting, the board’s chairman, Walid Jibrin, said the BoT members were displeased with the party’s defeat in the two elections.

“We are very concerned with what is happening in Nigerian politics especially the recent one in Kogi and Bayelsa. We reviewed the situation and condemned in totality the issue of rigging, killings, ballot box snatching that characterised the elections.

“We advised that we will not run the gun, we must make thorough research before we come to conclusion on who did what and suggest remedies.

“Therefore, we recommended to the NWC that a very serious investigation must take place. We recommended that an interim committee has to be set up similar to the one that was set up after the 2015 election under the chairmanship of former Deputy Senate President, Ike Ekweremadu and myself. We have also asked the organs of the party that all of us must come together.”

When asked why the national chairman of the party, Uche Secondus left the meeting half way, Jibrin said he came to the meeting to brief BoT members on recent developments in the party after which he left for other official matters. He however, dispelled insinuations that the BoT passed a vote of no confidence on Secondus.