A court has threatened to send the director general of the Department of State Services to jail over Sowore. 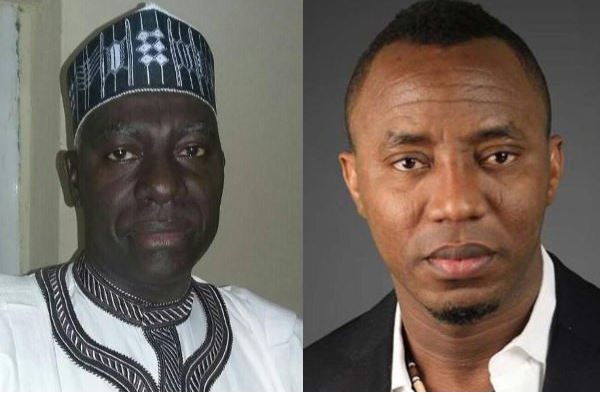 A federal high court in Abuja has threatened to jail Yusuf Bichi, director general of the Department of State Services (DSS), over the continued detention of Omoyele Sowore, convener of the #RevolutionNow Movement, and Olawale Bakare, an activist, PM News reports.

Ijeoma Ojukwu, the judge, gave the warning on Monday.

The judge had previously issued a “notice of consequences of disobedience of court order” otherwise known as form 48 on the DSS.

“Take notice that unless you obey the direction contained in the order of the federal high court of Justice, Abuja made on the 6th November 2019, which ordered you to release the defendants/applicants in suit no: FHC/ABJ/CR/235/2019 forthwith, you will be guilty of contempt of court and will be liable to be committed to prison,” the notice read.

“A copy of the said order of court earlier served on you is hereby annexed for your on the spot reference.

“This court has been informed that even as at today, Tuesday the 12th November 2019 you are yet to comply with the lawful order of the Federal High Court by refusing to release the defendants/applicants namely: Omoyele Stephen Sowore and Olawale Adebayo Bakare (Mandate) in your custody.

“You are hereby directed to comply with the court order forthwith or you will be guilty of contempt of court.”

The DSS arrested Sowore on August 3 and he has been in custody since then despite being granted bail twice.

The activist and his co-accused are standing trial on seven counts of treasonable felony, fraud, cyber-stalking and insulting President Muhammadu Buhari.