Horror! Motorcyclist Gets Electrocuted In Lagos While Trying To Rescue Accident Victim


A motorcyclist has gotten electrocuted in Lagos state while he was trying to rescue an accident victim. 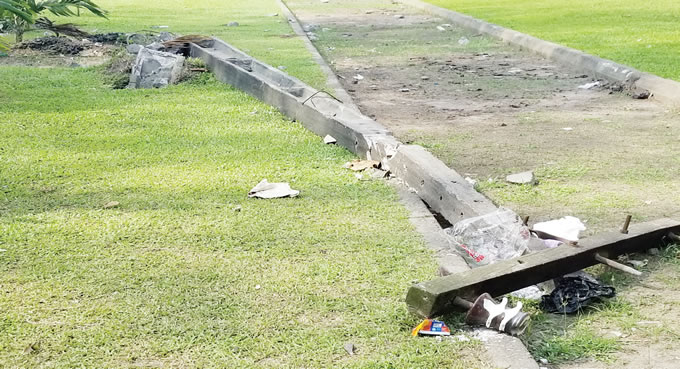 According to a report by Punch Metro, a motorcyclist, Abdullahi Hassan, has died while attempting to rescue a yet-to-be-identified mechanic who was involved in an accident at Festac Town, Amuwo-Odofin Local Government Area of Lagos State.

It was gathered that the mechanic, while driving a Toyota Venza on top speed on the G1 Close, 21 Road, Festac Town, ran into an electric pole and knocked it down in the process.

While the pole fell, the wires on it were said to have snapped and fallen to the ground.

It was learnt that the impact of the crash caused the car to tumble and people at the scene of the accident rushed to rescue the mechanic.

Hassan, who was riding his motorcycle on the road, was said to have also parked in a bid to assist in rescuing the mechanic who was stuck in the vehicle.

However, Hassan got electrocuted after stepping on the live wires strewn on the ground.

When PUNCH Metro visited the accident scene on Monday, traders and residents of the area said when they noticed that Hassan had been electrocuted, they gave him milk in a bid to revive him and he was later taken to hospital, where he was pronounced dead.

A trader, who identified herself simply as Mama Chima, said there was power outage when the car crashed into the pole, but as people gathered to rescue the mechanic, power was restored and the fallen wires electrocuted Hassan

She said, “The accident happened a week ago; the man (Hassan) was not killed by the car involved in the accident, it was the wires that fell from the pole that electrocuted him.

“There was no power supply when the accident occurred; so, people gathered there.

“Suddenly, power was restored and Hassan’s body touched a naked wire and it electrocuted him and slammed him on the ground.

“Onlookers thought it was a minor issue, so they brought milk and gave him, but he later died.

“The people had already rescued the mechanic involved in the accident and Hassan was among those who gathered at the scene of the accident.”

PUNCH Metro observed that the fallen pole had been abandoned on the sidewalk.

A resident of the area, Joshua Olushola, said the power distribution firm in charge of the area, after realising that the fallen wires were responsible for Hassan’s death, mobilised electricians to disconnect and evacuate them to prevent further calamities.

Olushola stated, “The car was driven by a mechanic on top speed when he ran into the pole.

“After the car had tumbled, people rushed to rescue him and it was after he had been rescued that the Hausa boy got electrocuted.

“We were even surprised that he was electrocuted; it was as if he had been predestined to die that way.

“Although I was not around because the accident happened early in the morning, but what I gathered was that the car ran into an electric pole and the pole is still on the floor, but electricians have come to take away the wires that killed the Hausa boy.

“The boy was riding his motorcycle when he saw people gathered at the accident scene, so he parked his motorcycle, disembarked and moved closer to observe what happened when he stepped on one of the wires and was electrocuted.”

When contacted, the state Police Public Relations Officer, Bala Elkana, said Hassan was electrocuted while trying to assist in rescuing the victim of the accident, adding that his corpse had been released to his family for burial in accordance with Islamic rites.

Elkana stated, “On November 18, 2019, around 10am, information was received at the station around 7am that a suspect, who is still at large, drove an unregistered Toyota Venza on the 21 Road, G1 Close, Festac Town, Lagos, and hit an electric pole. The wires fell on the vehicle and a motorcyclist, Abdullahi Hassan, 27, of Raji Rasaki Street, Amuwo Odofin, came to assist with the rescue, and in the process, got electrocuted.

“He was rushed to the First Line Hospital, where the doctor pronounced him dead. The vehicle has been impounded, while the corpse was released to the family of the deceased for burial according to Islamic rites.”