Describing as unacceptable the rising debt profile of the country under Buhari, he said if the new request is approved, the country’s debt profile would be over $100bn. 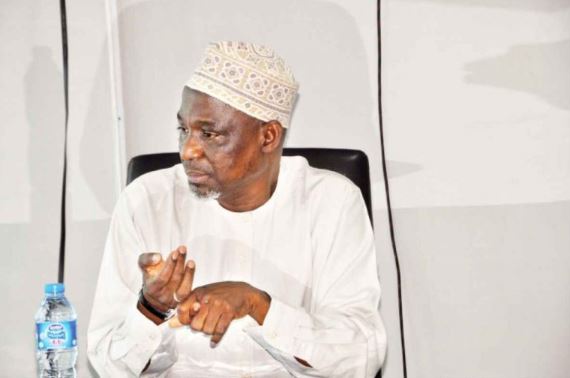 National chairman of the Peoples Redemption Party (PRP), Falalu Bello has raised the alarm that the country’s debt profile has skyrocketed from $10bn when President Muhammadu Buhari took over in 2015 to $84bn.

Bello who was at different times the managing director of Unity, Habib and Intercity banks, while speaking during a media dialogue in Abuja, urged the National Assembly not to approve the $29.9bn loan request of President Buhari before it.

“When it came into office in 2015, the government inherited a debt burden of just $10 billion, today our country’s debt exposure has spiralled up to about $84billion.

Yet there is hardly anything on the ground to show for this staggering debt profile.

This irresponsible profligacy must stop before our country and its present and future generations become indentured slaves. Already debt servicing is costing us almost half the budget with nothing left for development,” he said. Bello, while faulting the federal government’s claims that the country debt to GDP ratio was low, said the justification was wrong, looking at the amount being used for debt servicing and the utilisation of previous loans. He said the ratio only favours developed countries and not a developing country like Nigeria. Stop subsidy on foreign exchange He urged the federal government to stop the Foreign Exchange subsidy, this he said benefits only a very few at the expense of the masses.

“The President should order the merger of these rates to increase revenues to the 3 tiers of Government and eliminate the arbitrage benefiting only the corrupt in the system,” he said. Buhari’s promise to end fuel subsidy not fulfilled The PRP national chairman said the president has failed to fulfil his campaign promise to stop the fraud being perpetrated under the payment of fuel subsidy.

“Stop the fraud in the Fuel Subsidy regime which the APC Government and President Muhammadu Buhari have promised to stop during their electioneering campaigns.

“Mr. President Sir, the petroleum subsidy fraud you have identified and promised to stop is continuing and has even become bigger and need be brought to an end,” he said.

The party urged other states legislature to emulate the Zamfara State House Assembly and repeal laws which approve bogus retirement package for former governors. Scoring the Buhari’s administration low in the area security, he said, “for example, they are reported to be active in Borno state. Kidnapping which started in the South South region of Nigeria has now spread northwards and is manifest in places such as Abuja – Kaduna, Abuja – Lokoja highways and almost all parts of the Nation.

Banditry is in almost all the 6 states of the North West where human beings are being killed like rats.”

Bello who predicted that the All Progressives Congress (APC) would split before the 2023 elections, said the PRP has alternative blueprints to address the challenges facing the country.