Fresh tragedy has hit the family of the IPOB leader, Nnamdi Kanu as his father dies just months after his mother's death. 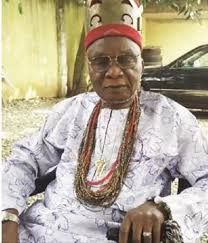 According to Sun News, the Afaraukwu community Eze-in-council has this morning announced the death of the father of leader of Indigenous People of Biafra (IPOB), Nnamdi Kanu, Eze Isaac Okwu Kanu.

This is coming less than three months of the official announcement of the death of his wife, Ugoeze Kanu.