13 Injured In LAGESC And Court Officials Engage In Bloody Clash


Operatives of LAGESC were badly injured while carrying out enforcement on street traders along Queens Drive in Ikoyi, leaving three operational trucks damaged. 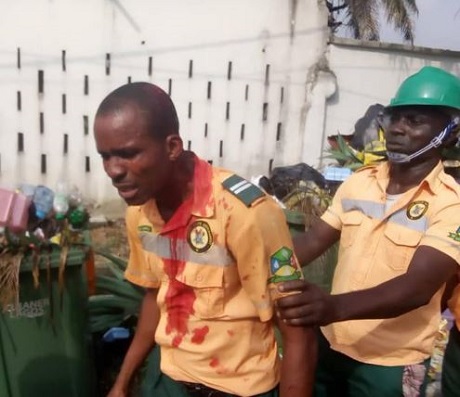 At least 13 officials of the Lagos State Environmental Sanitation Corps and the Federal High Court in Ikoyi, sustained injuries on Friday in a clash between them.

While LAGESC claimed that six of its workers were injured, the court said seven of its officials sustained varying degrees of injuries.

LAGESC Public Affairs Officer, Adebayo Kehinde, in a statement on Saturday said the agency’s officials were attacked while carrying out enforcement on street traders along Queen’s Drive in Ikoyi, adding that three operational trucks were damaged. 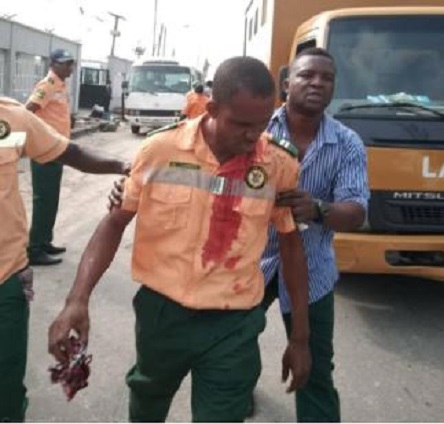 The statement read in part, “The exercise, which is part of the governor’s mandate to clear the state of all environmental nuisance and infractions such as street trading on walkways/setbacks as well as erection of illegal shanties across the state, was led by the Deputy Corps Marshal in charge of Operations, Mr Ganiu Kazeem and Deputy Corps Marshal, Discipline and Staff Welfare, Mr Adeleke Adeeso.

“They were attacked by officials of the Federal High Court with the support of private security personnel, hurling stones, iron rods, broken bottles and cutlasses and leaving members of the enforcement team injured,”

“The injured enforcement officers include: Oyedokun Samson (driver), Iwatan Oluwaseun, Riwatan Oluwatobi and Shipeolu Babatunde and are currently receiving treatment while one of them who was stabbed in the neck is still in a critical condition.” 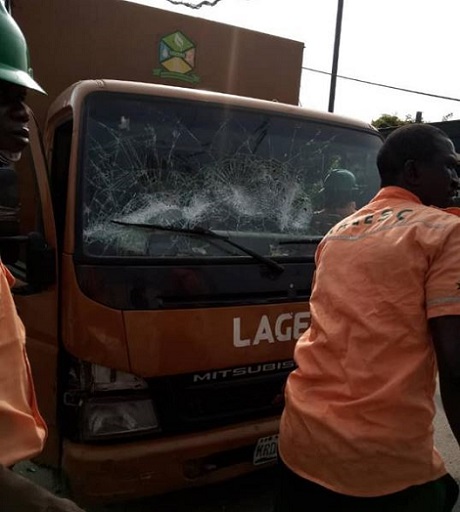 But an online media, Theguildng.com, quoted the Deputy Chief Registrar of the court, Christine Ende as saying that seven of the court officials, were injured and arrested by the police.  She added that the court staff also impounded two LAGESC vehicles.

She said, “We have asked that they come with their keys, pick their vehicles and release our officials but they have not done that. I have done all that is necessary to ensure peace. But the LAGESC officials are not yielding.”