Nigerian man, Alex Oluwatobi shares his terrifying experience with a gay guy while they both boarded the same bike. 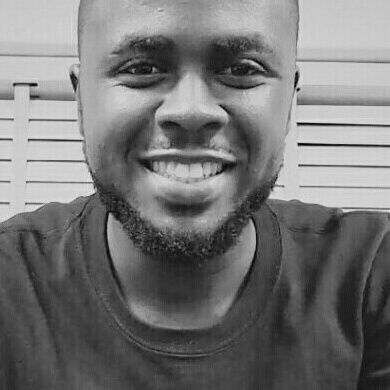 Lagos resident, Alex Oluwatobi has narrated how he shared a motorcyle ride with a guy who he didn't know was ''gay.''

He added that he had to get off the motorcycle popular called okada, and trekked to his destination. 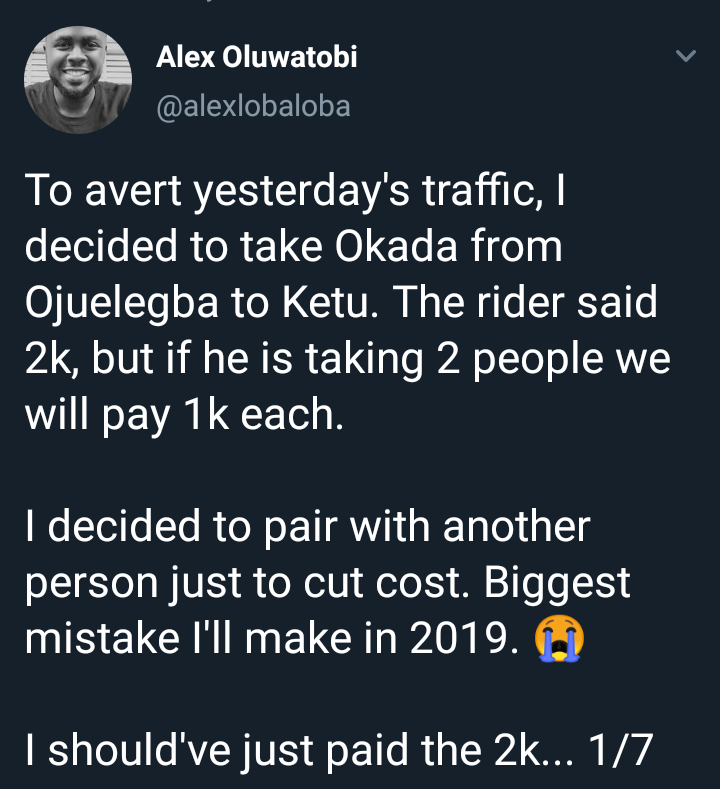 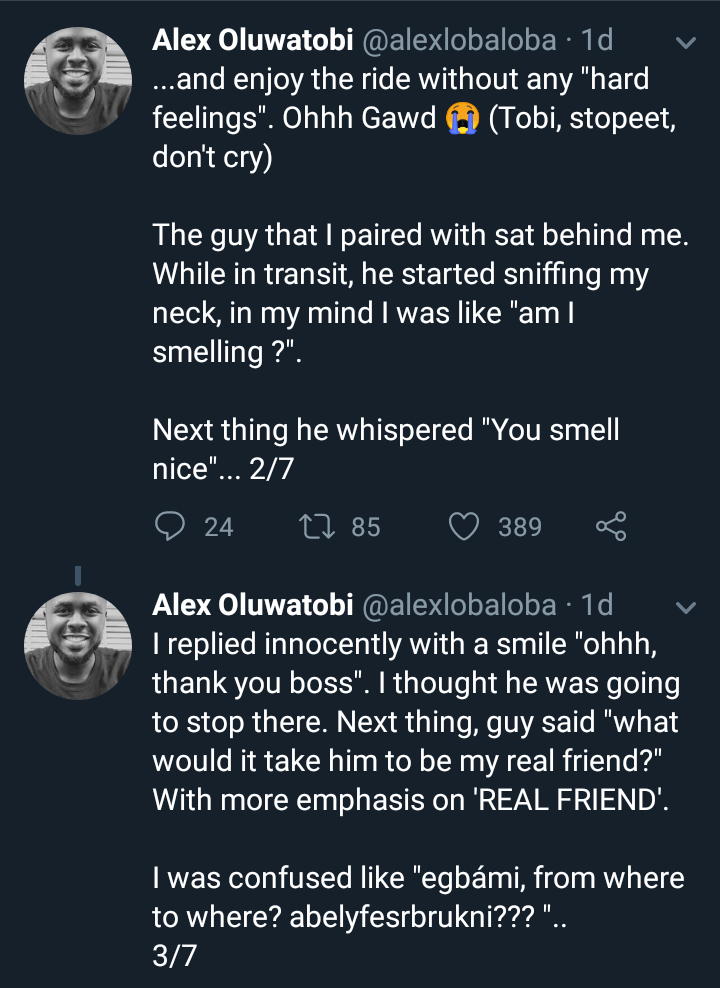 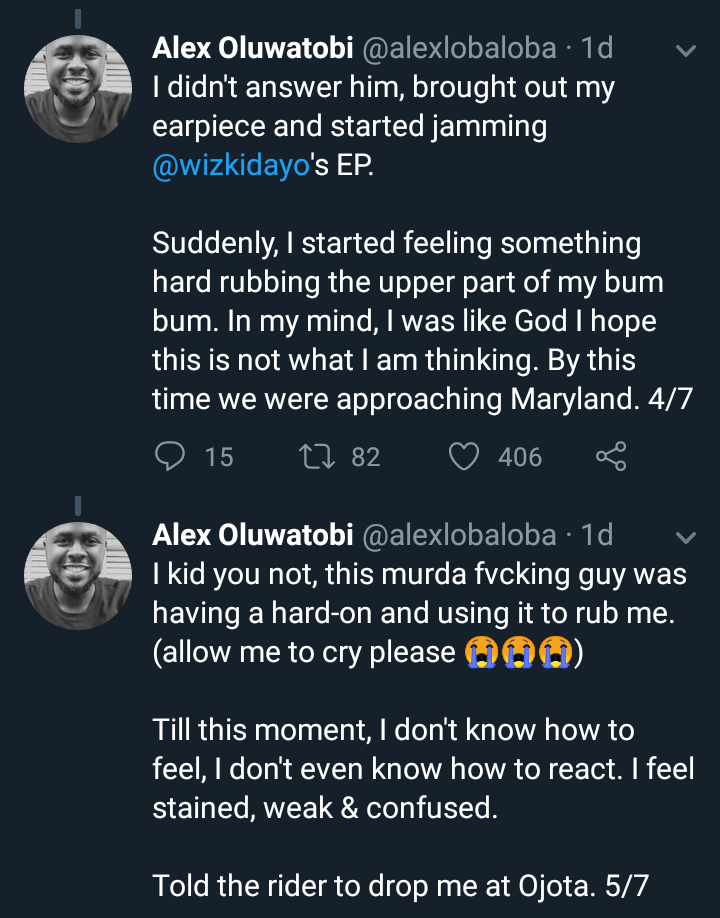 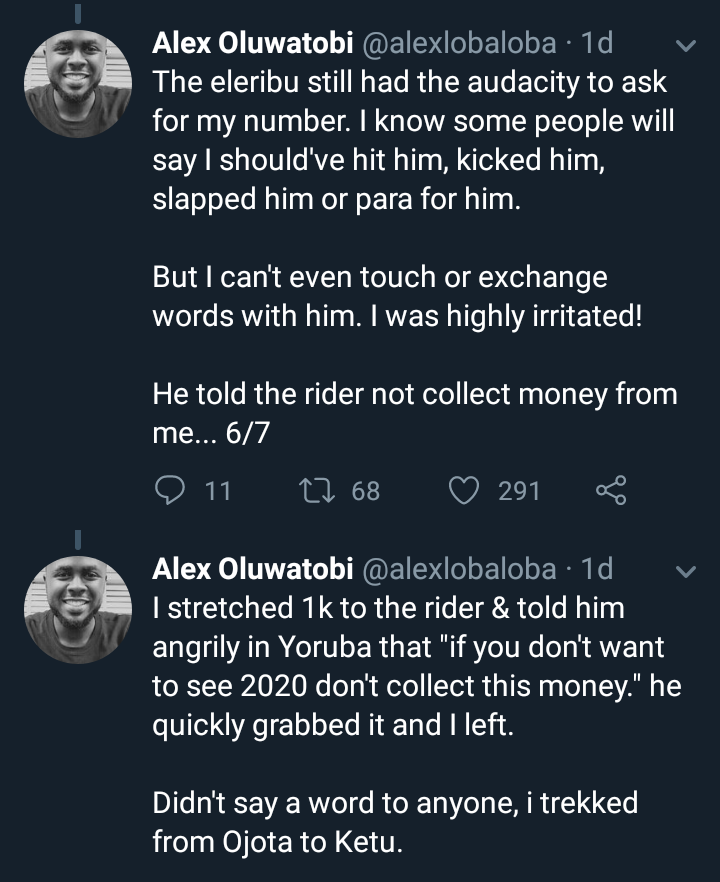